First Lady Cecilia Abbott honored the winners of the 2015 Governor’s Small Business Awards this week, emphasizing the important role small businesses play in the success of Texas’ economy.  Both events were hosted by the Texas Governor’s Office and the Texas Workforce Commission.

“Small businesses are crucial to our state’s economy and play an important role in the future of Texas,” said First Lady Abbott. “We believe in encouraging more Texans to invest in themselves and their communities, and that begins with policies that make it easier to start and grow a business. In Texas, we know that means low taxes and reasonable regulations. These policies not only benefit business owners, but also employees, their families, local communities, and the entire state. I can guarantee you that Governor Abbott will continue to make sure that Texas remains the model for doing business in the nation.”

On Tuesday, three Texas small businesses were presented with the Governor’s Small Business Award at the 2015 Texas Rural Challenge in Waco:

The El Paso Governor’s Small Business Forum was held on April 16, 2015 and honored Texas small business that have been in business for longer than 25 years: 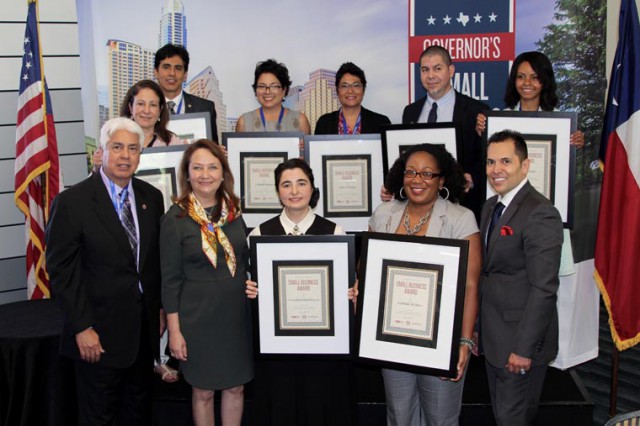