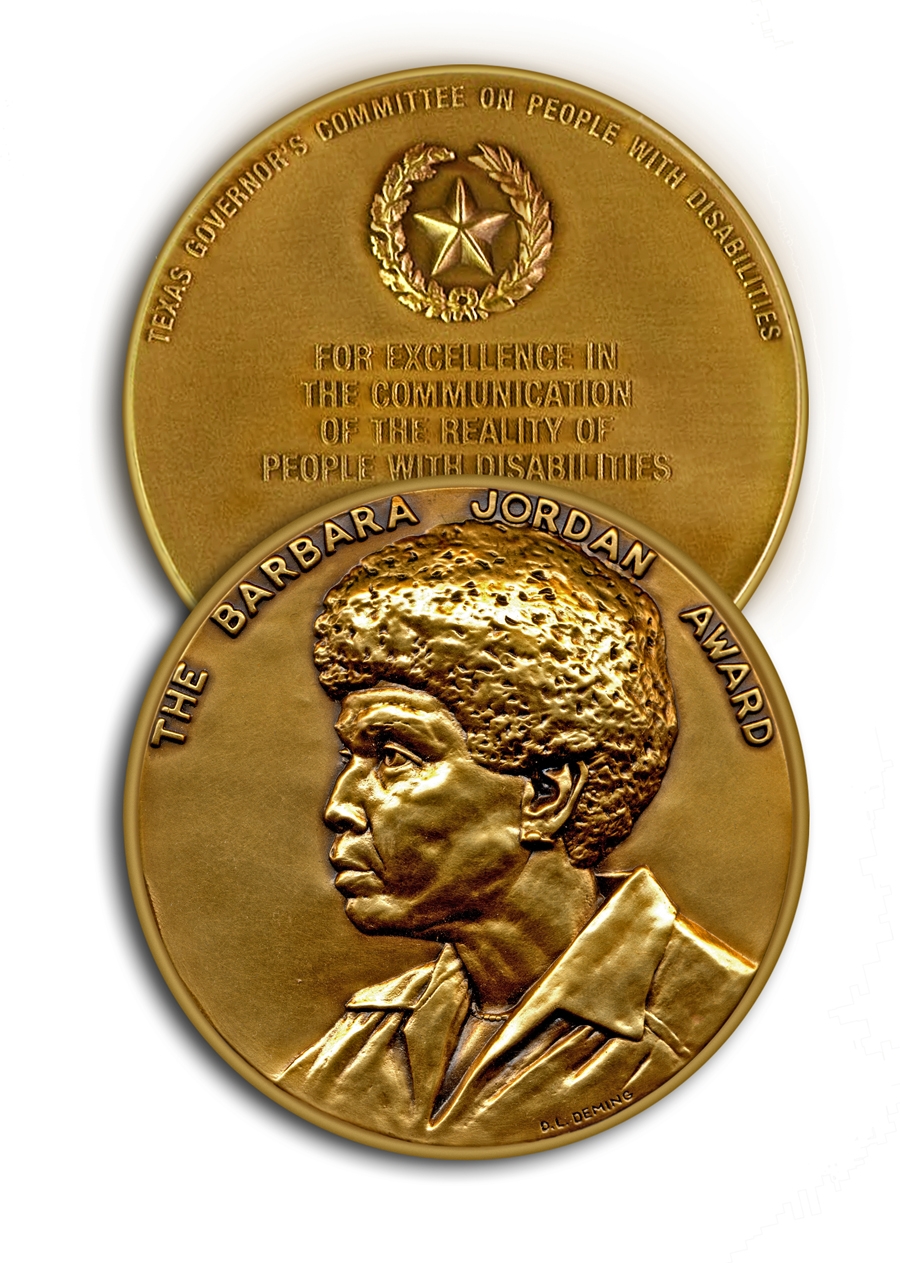 Each year the Governor’s Committee on People with Disabilities, in conjunction with university journalism programs and local disability committees throughout the state, accepts nominations for the Barbara Jordan Media Awards (BJMA). Media professionals and students who have produced material for the public are encouraged to submit nominations. The BJMA program focuses on accurately and positively reporting on individuals with disabilities, using People First language and respectful depictions.  Nominations can be submitted by anyone, including the producer of the piece, by completing the submission form and sending it with any necessary supporting materials to the Governor’s Committee on People with Disabilities.

A panel of judges, including media professionals and people with disabilities, score the entries and collectively select the winners. Each year the decisions for the judges become more difficult as more quality entries are received in the categories of Print Feature, Print News, Photojournalism, TV Feature, TV Documentary, Special Contribution by an Organization, Internet, etc.

The Barbara Jordan Media Awards are named in honor of the Houston native and U.S. congresswoman who gained recognition and a place of honor in history. She was known as a remarkable orator who broke barriers and built bridges. She received the Presidential Medal of Freedom and served for one day in 1972 as the Governor of Texas (both Governor Preston Smith and Lt. Governor Ben Barnes were out of state). In 1973, Jordan was diagnosed with multiple sclerosis, and eventually began to use a cane and then a wheelchair. Barbara Jordan passed away in 1996.

The Barbara Jordan Media Award itself is a beautiful three-inch bronze medallion designed by David Deming, an internationally prominent sculptor, and is presented to winners in several categories each year at an awards ceremony hosted by one of the many local committees throughout the state.

Elements in past winning entries include:

To be eligible, entries must have been produced and offered to the public between January 1 and December 31 of the previous year and submitted to our office by February 17.