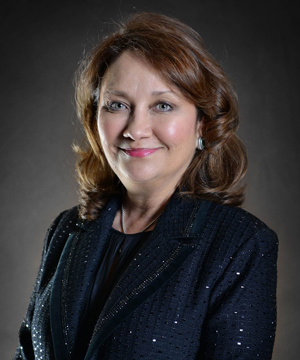 Cecilia Abbott’s story reminds us all that the American Dream is alive and well in Texas. The granddaughter of immigrants from Mexico, Cecilia was raised in San Antonio by parents who were both educators, and who instilled in Cecilia, her sister, and two brothers a love of learning and helping others. Cecilia took their lessons to heart and studied at the University of Texas at Austin before subsequently earning three degrees from the University of St. Thomas in Houston: a Bachelor’s degree in Psychology, a Master’s degree in Education, and a Master’s degree in Theology.

Cecilia then devoted her life to serving others. She has been a teacher, vice-principal, and principal at several Catholic schools across Texas. Most recently, she served as the principal of the Cathedral School of Saint Mary in Austin from 1996 to 2001. Cecilia then went on to another noble calling working in senior health care services, where she served as Managing Director of Community Relations from 2004 to 2013 for a health care company specializing in senior adult health care facilities and services.

Cecilia has been equally devoted to helping others in her personal life as well. She currently serves on the Cathedral School of Saint Mary Advisory Board and on the board of the Taya and Chris Kyle Foundation. Cecilia is also a volunteer for Meals on Wheels Central Texas.

Cecilia is a former member of the State Board for Educator Certification, where she served from 2001 to 2008. She has also served on advisory boards for: the Alzheimer’s Association Capital of Texas Chapter; the National Center for Missing and Exploited Children Texas Regional Office; Holy Trinity Seminary; Catholic Diocese of Austin Schools; Saint Gabriel’s Catholic School; University of St. Thomas; Huston-Tillotson University; Ballet Austin; the Women’s Symphony League of Austin; the Dell Children’s Women’s Trust; and the Principals’ Center at Harvard Graduate School of Education.

Cecilia believes strongly in giving back. Her signature initiative as First Lady combines the two things that she is most passionate about — Texas and philanthropy. She calls it Texanthropy, through which she actively promotes volunteerism and service to others across Texas. Cecilia has also partnered with the Texas Department of Family and Protective Services (DFPS) on a similar initiative — Network of Nurture — to raise awareness about the ways Texans can support the children and families in the state’s child welfare system. Mrs. Abbott has collaborated with the Governor's Child Sex Trafficking Team, DFPS, and a diverse group of faith leaders across Texas working together to develop effective strategies to end human trafficking through the Governor’s Response Against Child Exploitation (GRACE) initiative.

Cecilia is a classical music devotee, having begun playing the piano at the age of six. Her piano training came in handy when she moved into the Castilian Dorm at the University of Texas, where she serenaded her future husband from behind the keyboard with music, the likes of which he had never heard before. She is also a prolific animal lover and has nurtured numerous dogs into their late teens. She has raised a variety of pets, including a Nubian goat named Petunia.

Most importantly, Cecilia is a proud mother to her daughter, Audrey, and a devoted wife to her husband of 41 years, the Governor of Texas, Greg Abbott. With her husband’s election as Governor, Cecilia made history by becoming the first Hispanic First Lady of Texas. The Abbott Family lives in Austin with the First Dogs of Texas, Pancake and Peaches.