Gov. and Mrs. Perry moved out of the Texas Governor's Mansion in advance of a deferred maintenance project, which was to include a new fire suppression system, updates to plumbing and electrical work, and handicap accessibility. All historical furnishings, art work and valuables owned by the State of Texas and Friends of the Governor's Mansion were moved to a storage facility. The 1856 windows, historic doors and shutters, and the historic light fixtures were removed from the house for restoration off site. 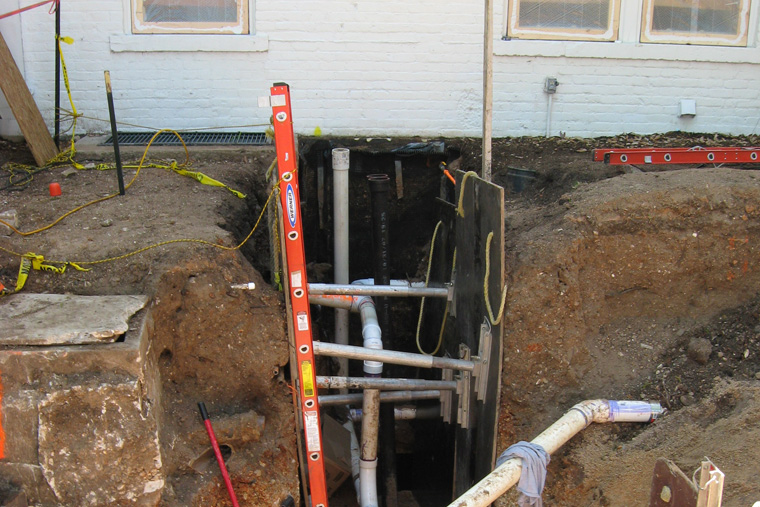 An arsonist set fire to the Governor's Mansion, causing significant structural and architectural damage. 100 firefighters responded to the four-alarm blaze, and it took an estimated two million gallons of water to put out the fire. 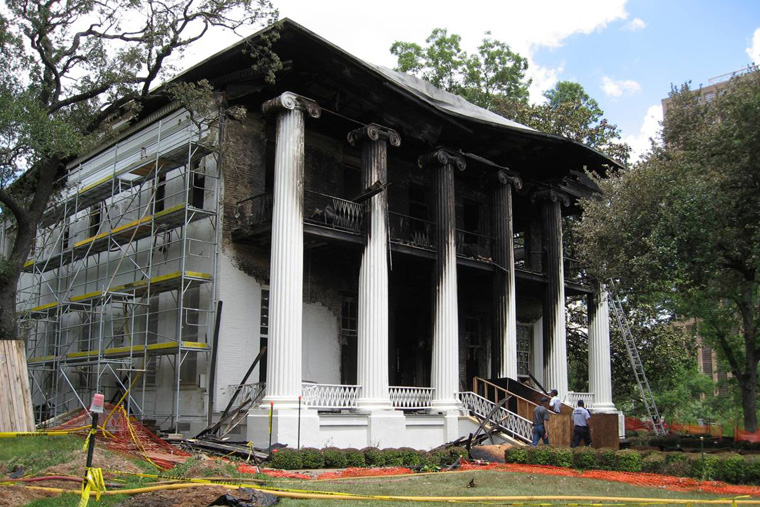 First Lady Anita Perry established the Texas Governor's Mansion Restoration Fund, which has raised more than $3.5 million in donations from thousands of Texans. Private funds were used for the addition to the west side, restoration of historical features, such as the Ionic columns, code changes necessary under the new American and Disabilities Act, and the completion of landscaping and historical documentation. 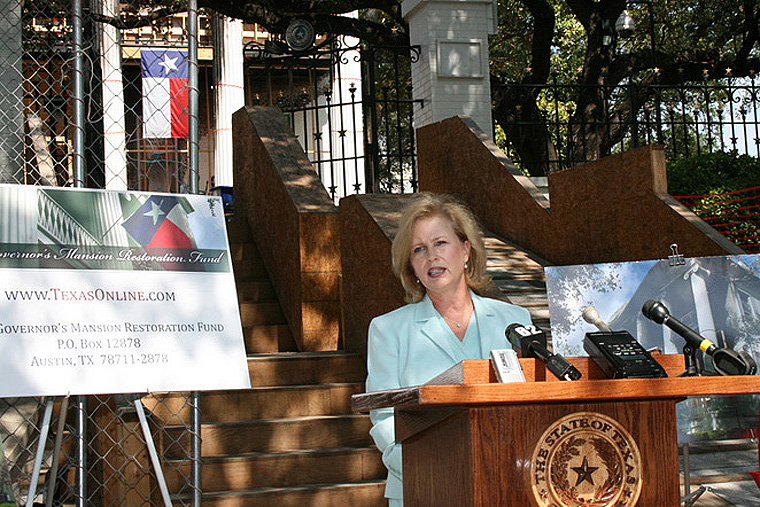 Well-known historic preservationist and project manager Dealey Herndon was hired by the state to manage the restoration effort.

Texas lawmakers appropriated $21.5 million to restore the Governor's Mansion. Restoring the mansion has been a multi-agency effort led by the State Preservation Board (SPB) and includes the Texas Department of Public Safety and the Texas Historical Commission.

Volz & Associates began work on a Historic Structures Report that was completed in draft form in 2010. The Texas Historical Commission and the State Preservation Board Project Team reviewed and edited the draft which led to the final report. The HSR was available to the project architects as they designed. The report was delivered to the Texas Governor's Mansion Restoration Fund. 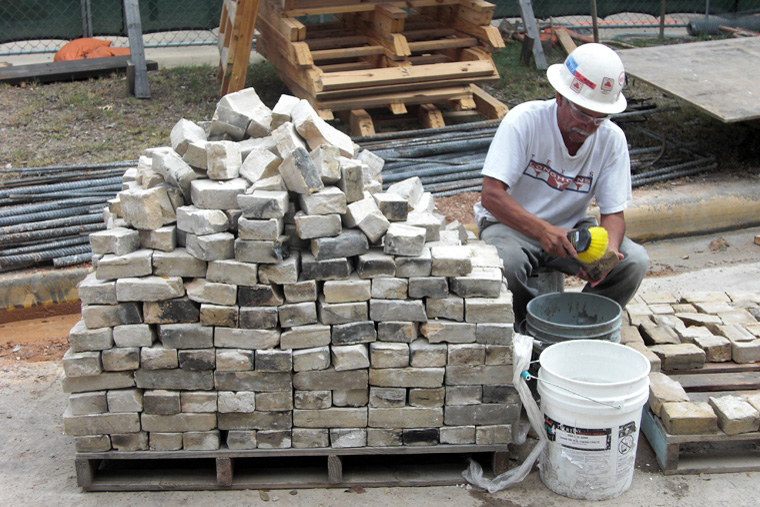 2010 to 2011: Transfer of Responsibility for Colorado Street

SPB worked closely with the City of Austin and finalized an agreement for the transfer of responsibility of Colorado Street from the City to the State. The City retained a utility easement and the State agreed to manage the upgrade of City water lines.

In February 2011, work on restoring the interior of the mansion began, and in March, the temporary roof constructed in September 2008 as Hurricane Ike approached Austin was removed and the installation of the permanent roof was completed. 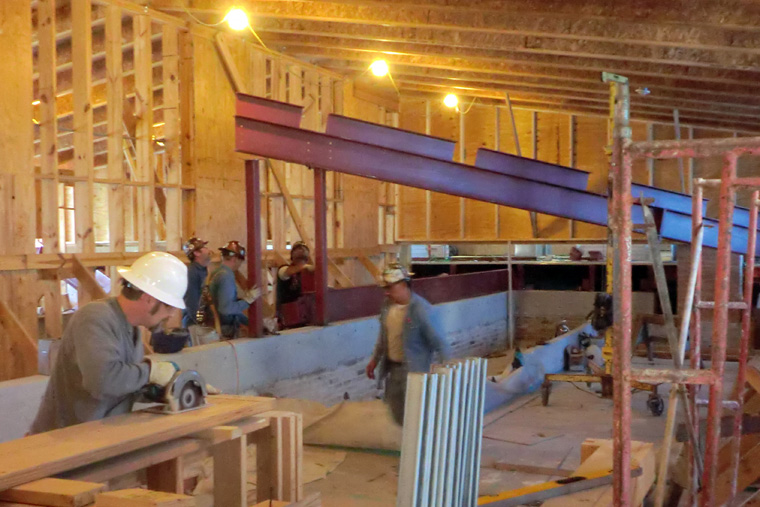 Installation of a new geoexchange system began in an effort to provide more energy efficient heating and cooling. The system utilizes the stable temperatures of the earth to absorb heat from the house in the summer and provide heat to the house in the winter, and contributes towards the Project's pursuit of Leadership in Energy and Environmental Design (LEED) certification and Austin Energy's Green Building rating. 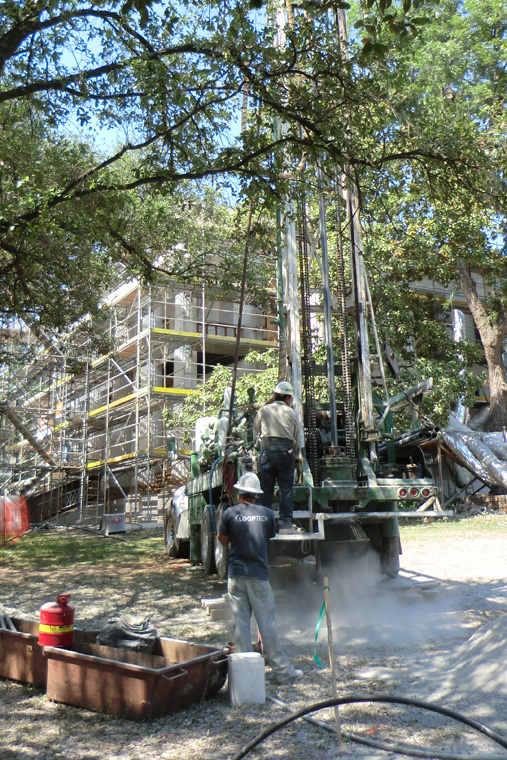 Master builder Abner Cook's trademark "X-and-Stick" porch railings were recreated and installed at the mansion. Much of the original woodwork was destroyed during the 2008 fire, but parts of the railings were salvaged. 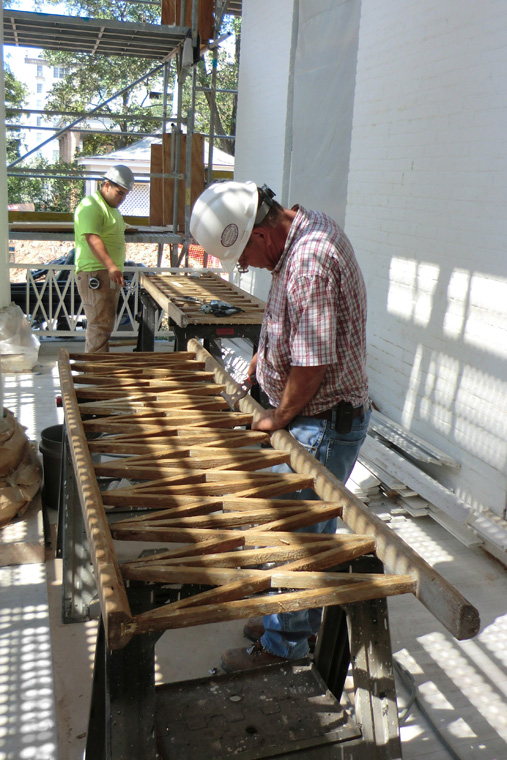 Restoration to the six 29-foot Ionic columns spanning the front porch was largely complete. Lead paint and charred areas of the original 1856 columns were removed, along with debris from the inside of the columns. The columns were restored in place. 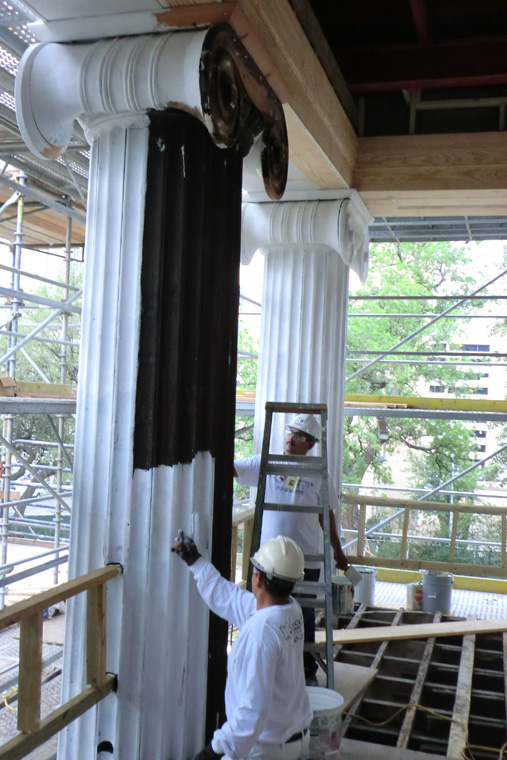 2012: Work on the Interior Project Continues

Work on the interior project continued, including kitchen renovations, restoration of historic spaces, a new addition on the west side, and new, handicap accessible, code compliant restrooms, and meticulous restoration of the historic millwork, plaster work and finishes. All historic rooms have been restored to their pre-fire appearance. 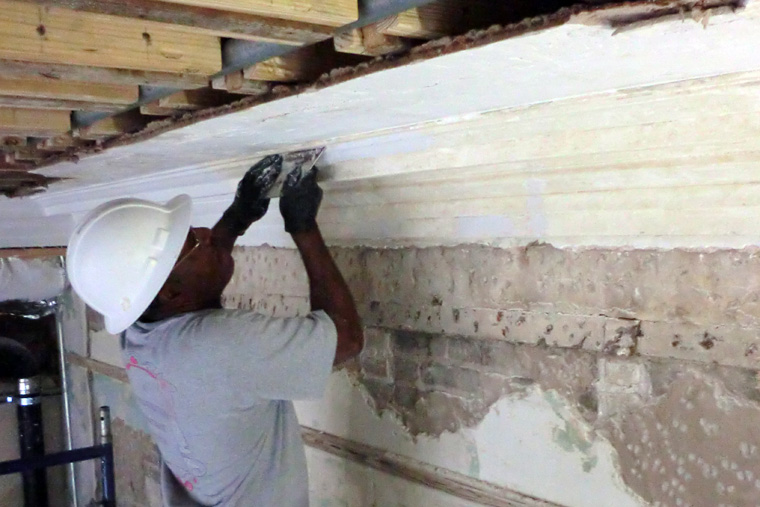 The Governor's Mansion Collection, composed of historic furniture, artwork and pieces owned by the state and the Friends of the Governor's Mansion were returned to the home. Items included those previously in the mansion and antiques dating back to the earliest years of the state's history, including the bed used by Sam Houston, Stephen F. Austin's writing desk and portraits of Gov. and Mrs. Pease, who was in office when the Governor's Mansion was built in 1856. The collection also includes Robert Jenkins Onderdonk's famous 1903 painting, "Fall of the Alamo" and the Governors' Memento Collection, a tradition started in the l960s by Texas First Lady Jean Houston Daniel. 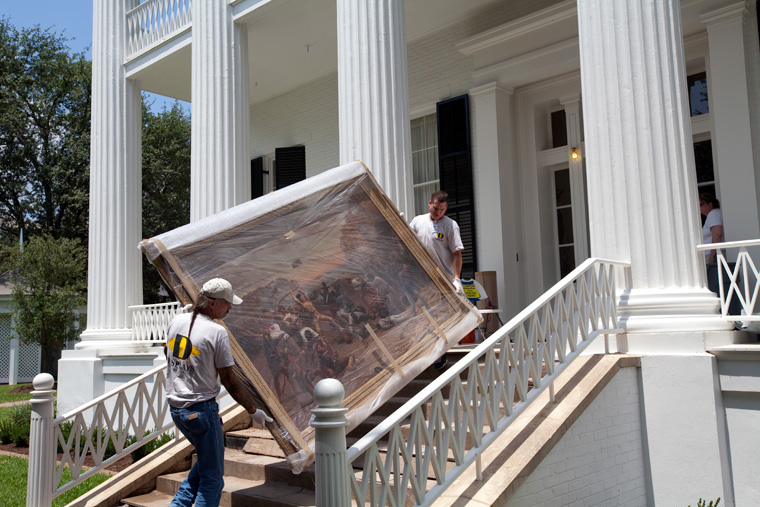 The Governor's Mansion Grounds Project, including the renovation of the historic grounds and the perimeter fence was completed in July. TBG Partners was engaged to research a cultural landscape report that reflects the evolution of the mansion grounds over history. Work will continue on Colorado Street, anticipated to be complete in the Fall, and the parking lot on the adjacent lot will be thoroughly renovated. 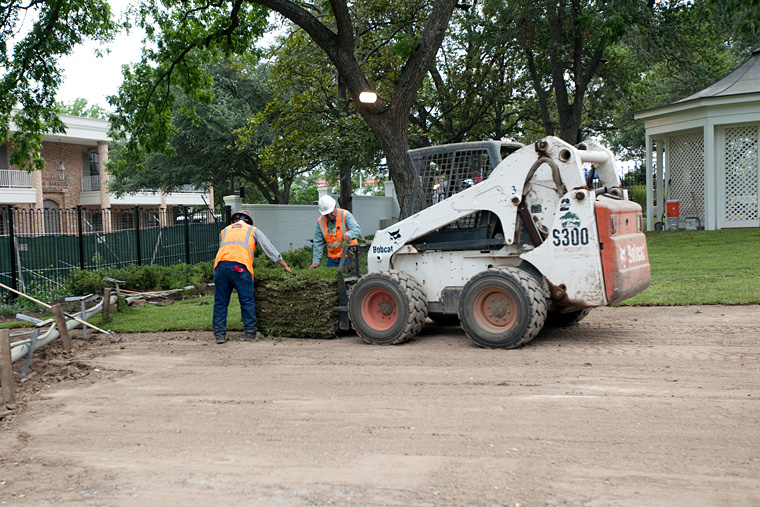