The governor appoints commissioners to two-year terms. Those interested in applying to serve on the commission should visit Governor's Appointment Process for information on the appointment process and to download an application. 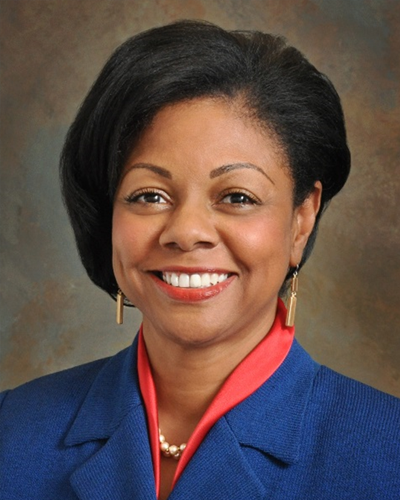 Chairwoman Karen Harris of Lakehills has received state appointments from two Texas Governors as the result of community service, public service, and volunteerism. She is a former member of the Health and Human Services Council and the Texas Education Agency Advisory Committee for Academic Achievement Distinction. She has served Texas as a candidate for public office and holds a degree in radiologic science from Virginia Commonwealth University School of Medicine. Additionally, she is an ordained minister with training in Christian counseling from the University of Mary Hardin-Baylor and the Therapon Institute. Harris is the founder of Medicine for the Heart Ministries, Inc. and leadership team member for Women Wanting Wisdom Ministries. She is the owner of Proton Mechanical Systems Inc, a medical services small business. 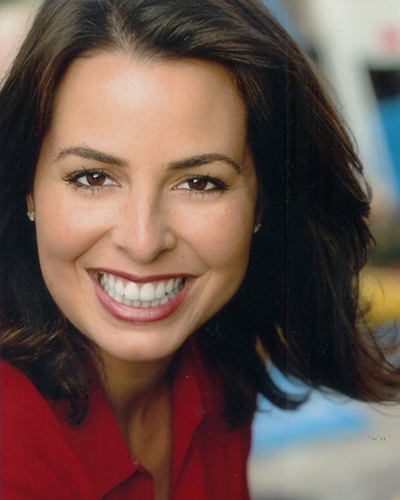 Nathali Parker of Round Rock is co-owner and CEO of KLP Construction Supply, a heavy civil regular dealer and distributor of construction materials with five stocking locations around Texas. Parker and her sister, Karen Parker Rogers, started KLP in 2012 and focused on the heavy highway and infrastructure industry. Previously, she was a business development executive for VallaManitexan Electric Italian pick and Carry Crane Company. Today, she serves as the Associate Co-Vice Chair for the Austin Chapter of Association of General Contractors – Heavy Civil and Utilities Division, Future Young Leaders Committee Member for the Austin, and DFW AGC Chapters and AGC Workforce Development task force member. Parker has been appointed to the board of the Texas Asphalt Pavement Association, and serves as Chairman for the Associate Division. She also serves on the Education and New Technologies committee of the Texas Asphalt Pavement Association and is an association member of the Austin Contractors and Engineers Association. As a proud letterman Bobcat, Parker graduated from Texas State University with a Bachelor of Science degree and an All-Conference Javelin thrower as a member of the Track and Field Team by competing in the heptathlon and open javelin. She is also a proud citizen of the Chickasaw Nation: her Native American heritage and bloodline. 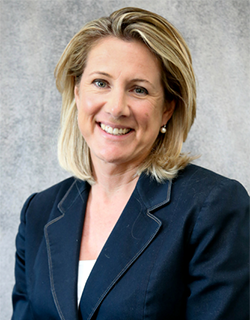 Tina Yturria Buford of Harlingen is the Director of Education for the East Foundation, where she is responsible for expanding natural resource education opportunities in South Texas. In addition, she works alongside her family at the H. Yturria Land and Cattle Company which has been recognized by the Texas Department of Agriculture’s Family Land Heritage Program for operating continuously for over 100 years. She is the Board President of Texan by Nature, director of the Sand County Foundation, and was appointed by Governor Abbott to the Texas Soil and Water Conservation Board in 2018. She previously served as president of both the Texas Wildlife Association and Texas Wildlife Association Foundation. Buford received a Bachelor of Science in Rangeland Ecology and Management from Texas A&M University and a certificate in Ranch Management from Texas Christian University School of Ranch Management. Tina is married to her husband, Trey, and has two sons, Cisco and William. 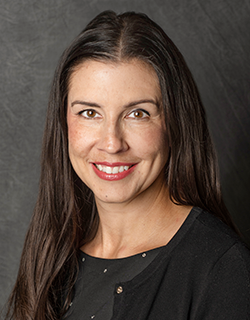 Starr Corbin of Georgetown is the Founder and Managing Partner of Corbin Solutions Group, a technology operations and vendor management advisory firm. She began her career in the U.S. Army Signal Corps and is a former technology executive at iHeartMedia. An ardent advocate of servant leadership and bringing more diversity into tech, Starr also writes about the tech industry and how to expand the field for women. She is an alumna of Texas Christian University and the University of Texas at Austin. 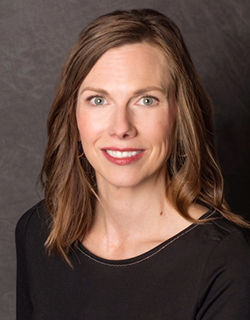 Amy Henderson of Amarillo is a business loan officer with Amarillo National Bank. Henderson is a board member for the Amarillo Chamber of Commerce Business Council, a board member of Window On A Wider World and serves on the board for the Texas Panhandle Regional Development. In addition, she is an advisory board member of WT Enterprise Center and a past advisory board member of the WT Small Business Development Center. Henderson served honorably in the United States Air Force as an Information Management Specialist from 1989 – 1993 and supported Operation Desert Shield/Storm. She was one of the 2009 Top Twenty under 40 award recipients by the Amarillo Chamber of Commerce and was selected as the 2010 Business Woman of the Year by the Amarillo Chamber Women’s Council. Henderson earned an associate degree in accounting from Amarillo College, a Bachelor of Arts in Finance from West Texas A&M University, and a Master of Business Administration from West Texas A&M University. Amy is married to a firefighter and is a mom of two great kids. 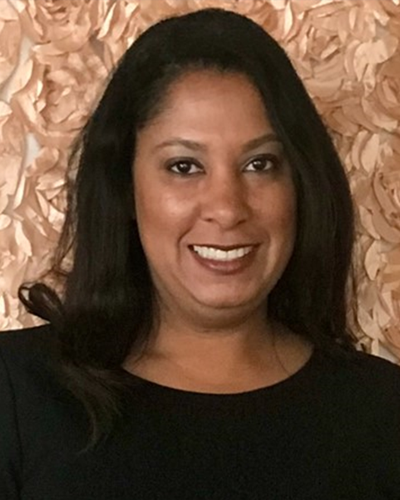 Karen Manning of Houston is a healthcare professional who volunteers in her community with a focus on women, children, and healthcare issues. She is licensed by the Texas State Board of Pharmacy and the Texas Real Estate Commission. She has served in roles of management at a large retail pharmacy chain and as a mentor to many pharmacy interns. She is a former board member of Project Row House and the Houston Museum of African American Culture and is a current member of the Houston Association of Realtors and Texas Association of Realtors. She currently volunteers for several organizations that serve women and children including the Girls Empowerment Network Conference in Houston, Bellaire Area Mothers of Multiples, and her sorority Alpha Kappa Alpha. She received a Bachelor of Science in Pharmacy from Texas Southern University. 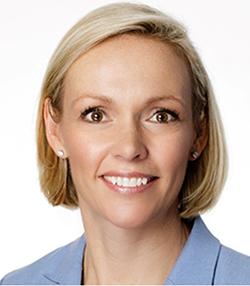 Rienke Radler of Fort Worth is a community volunteer and philanthropist. Previously, she worked as a physiotherapist in South Africa and the United Kingdom. She serves on the Advisory Council for the Jane Nelson Institute for Women’s Leadership at Texas Women’s University. She is also an Administrative Leader at Bible Study Fellowship International. Radler received a Bachelor of Science in Physiotherapy from the University of the Freestate in South Africa. 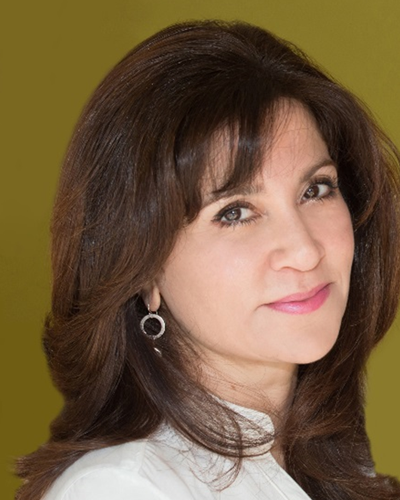 Jinous Rouhani of Austin is the CEO of Austin Area Obstetrics, Gynecology, and Fertility. Previously, she served as CEO of Medexecs and as CAO for Texas Cardiovascular Consultants. Jinous also served as the Secretary, Vice President, and President of Central Texas Chapter of the Medical Group Management Association where she has been a national member for over 25 years.  She also serves on the St. David’s Healthcare Foundation’s Toast of the Town Committee, as well as serving as a host and mentor to healthcare scholars. Additionally, Rouhani serves as a mentor for the Young Women’s Alliance. Rouhani previously served as an advisor to the Austin Children’s Shelter and the organization Aware, Awake, Alive. She has also served with the Children of Haiti support team. Rouhani received a Bachelor of Science in Computer Science and Mathematics and a Master of Business Administration from St. Edward’s University. 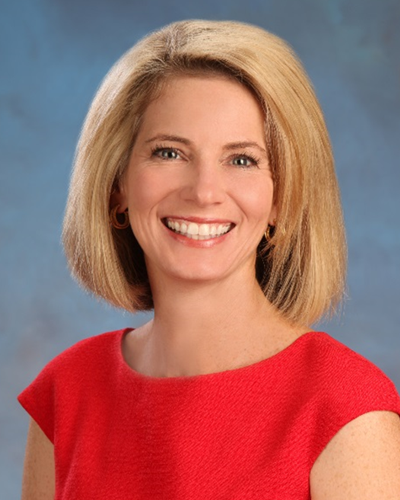 Catherine Susser of Corpus Christi is a community volunteer and school board member for the Corpus Christi Independent School District (CCISD).  She is a past president of the board and is now serving as secretary.  She has served as Chief Accountant for CCISD and a Senior Accountant at Price Waterhouse.  She is a “Go Red for Women” member of the American Heart Association of Corpus Christi and is on the board of the Coastal Bend Blood Center. Susser received a Bachelor of Business Administration and a Master of Public Accounting from the University of Texas at Austin.

Patsy Wesson of Fort Worth is President and owner of Carriage Square Jewelers, LLC.  where she has designed custom jewelry for over 35 years She is a member of the Jewelers Board of Trade and holds multiple certifications from the Gemological Institute of America.  In addition to creating custom jewelry, Wesson is the founder and director of numerous private businesses. Additionally, she is a former elementary school educator in the state of Texas. Wesson received a Bachelor of Science in Elementary Education from the University of Science & Arts of Oklahoma, and she is a graduate gemologist from the Gemological Institute of America. 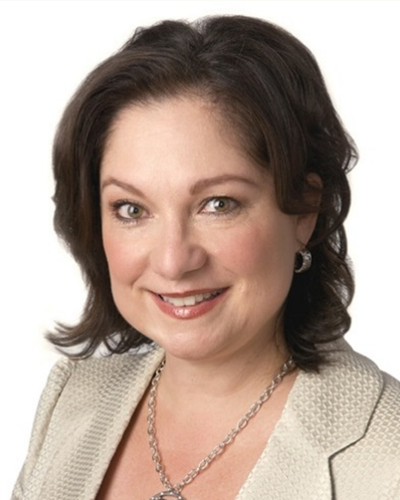 Laura Koenig Young of Tyler is President of Sales and Marketing for Brighton Collectibles, Inc.  She is a visionary member of the Women’s Fund of Smith County and a sustainer member for the Junior League of Tyler. Additionally, she is a board member for Cancer Foundation for Life and former board member of the East Texas Symphony Orchestra, the East Texas Communities Foundation, and Southern Methodist University (SMU) Alumni Association. Young has been active in many philanthropic and community initiatives throughout Texas. She is a member of the International Council of Shopping Centers and the Harvard Club of Dallas. Young received a Bachelor of Business Administration in Marketing from SMU and has completed the Owner/President Management Program at Harvard Business School.