Since the launch of Operation Lone Star, the multi-agency effort has led to more than 302,600 migrant apprehensions and more than 19,700 criminal arrests, with more than 17,200 felony charges reported. In the fight against fentanyl, DPS has seized over 340.5 million lethal doses of fentanyl during this border mission.

Texas has also bused over 7,900 migrants to our nation's capital since April and over 2,200 migrants to New York City since August 5. Since last Wednesday, more than 300 migrants from Texas have arrived in Chicago. The busing mission is providing much-needed relief to our overwhelmed border communities.

Governor Abbott last week announced that his Public Safety Office, in conjunction with DPS, has increased the reward amount of up to $5,000 for information leading to the identification of stash houses used in transnational criminal activity. The Texas Stash House Program encourages Texans to help combat transnational crime by anonymously reporting information on stash houses used to facilitate human trafficking, drug smuggling, and smuggling of people.

"As President Biden's dangerous open border policies continue to allow cartels and other criminal organizations to operate freely in our communities, it is more important than ever that Texans step up and report suspicious activity," said Governor Abbott. "These stash houses contain people or drugs that may have otherwise made their way across Texas and the nation because of the dangerous gaps left by the Biden Administration's refusal to secure the border."

DPS Lt. Chris Olivarez joined the Rio Grande Valley’s KRGV to discuss the new increased reward now being offered by the State of Texas for information on stash house criminal activity. The reward has been increased to $5,000 for information leading to a bust.

“It’s just an incentive for the public to actually report this activity taking place so we can try to prevent this criminal activity that’s taking place in communities,” Lt. Olivarez said.

“They are walking across, in fact,” said Lt. Olivarez. “Once they get to Mexico from their country of origin, they’re paying a criminal organization to be smuggled into the United States, where they have to cross a river or in most severe cases, they’re having to cross the desert or mountainous terrain, like in West Texas.”

Texas National Guard soldiers in the Tactical Response Unit (TRU) employ both land and water resources to interdict illegal activity along the border. The TRU team uses fast boats on the water, while a team of soldiers on land in the brush stop criminal activity and illegal entry into the U.S.

Both teams radio Border Patrol and other law enforcement agencies in the area for faster, more closely coordinated efforts. Border Patrol agents working cameras and agents on patrol can provide locations in real time to the TRU team. The TRU team’s combined efforts every week average hundreds of turnbacks and roughly 50 apprehensions, which include human and drug smugglers, cartel members, and low-level criminals.

“We see a good amount of traffic, by the time our boats are in the water, there are usually groups who have already crossed,” said Sgt. Castillo, a member of the boat patrols. “For those criminals or illegal crossers undeterred by the boats, our guys in the brush, they cover down.” 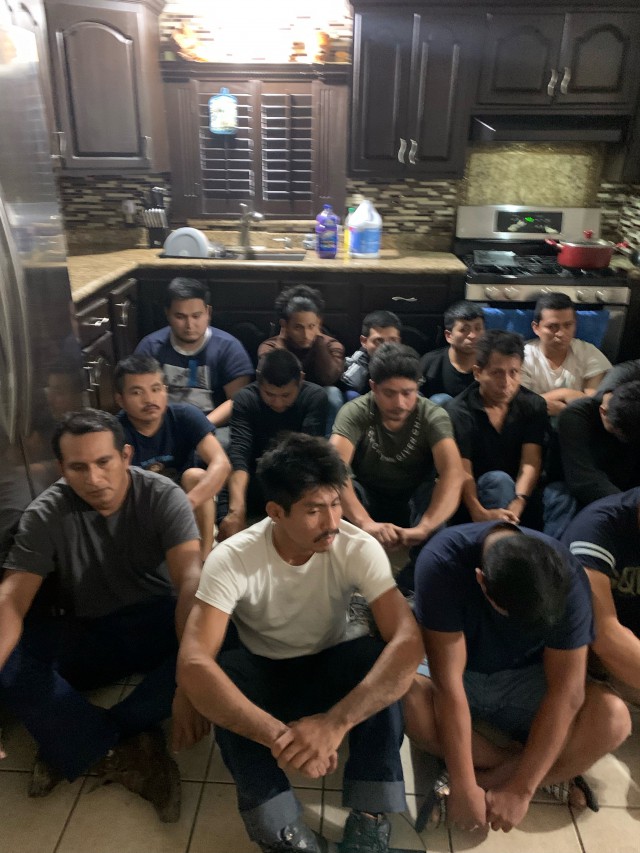