Since the launch of Operation Lone Star (OLS), multi-agency efforts have led to more than 219,300 migrant apprehensions, along with more than 12,700 charges for criminal offenses— including more than 10,200 felony charges. Over 3,400 weapons and almost $30 million in currency have been seized. In the fight against fentanyl, DPS has seized over 289 million lethal doses throughout the state.

This past week, an Operation Lone Star Elite Brush Team apprehended 54 illegal migrants for criminal trespass in Maverick County, including one migrant who was charged with arson. Operation Lone Star's Elite Brush Teams typically consist of DPS troopers and Texas National Guard soldiers who serve as the last line defense against transnational criminal behavior. The brush teams use a variety of sensors, tracking systems, and other techniques to identify individuals and their country of origin, as well as their intended destination.

This past week, DPS troopers and Texas National Guard soldiers chased down a vehicle being driven by a human smuggler in Laredo. The smuggler abandoned the wheel, leaving the vehicle in drive while three adults and two children were still inside. The passengers were rescued unharmed and turned over to Border Patrol, and the smuggler and his scout were arrested.

Members of the Texas Air National Guard assisted with the seizure of 249 pounds of cannabis on Tuesday, March 22. The Texas airmen, assisting U.S. Customs and Border Protection, stopped and rebuffed a would-be smuggling operation near the Texas-Mexico border, along the gulf coast.

Earlier this year, the Texas Air National Guard interdicted a team of drug smugglers attempting to smuggle 265 pounds of illegal substance across the Texas-Mexico border. Working side-by-side with the DPS, and in conjunction U.S. Customs and Border Protection, these Texas service members ensured the individuals were apprehended, halting the criminal operation.

Earlier this week, members of the Texas National Guard interdicted and apprehended a suspected human smuggler. The suspect was referred to DPS for arrest. Texas DPS continues the investigation of the suspect.

OLS Medic Goes Above And Beyond To Save Lives

Earlier this year, a medic with the Texas National Guard approached the scene of a vehicle accident in Edinburg while off-duty. The medic immediately pulled over and began assisting a police officer on the scene with providing care to the four children and two adults involved in the accident.

"As I was coming up to the patients, there was a cop," said the Operation Lone Star medic. "He gave me his aid bag and I took everything out, trying to take care of the kids. Immediately when I saw children I was like, 'Oh my God - kids! We’ve got to save them.' So that was my main concern."

She immediately extracted the children from the vehicle and started to triage and render first aid. While both adults and the infant appeared unhurt, the three other children needed help. One child was unconscious, another suffered a head wound, and the third child had a black eye. The medic was able to revive the unconscious child and he appeared unhurt.

After performing first aid on the children, she monitored the victims until EMS arrived. Ten minutes later, she helped the EMTs move the victims into the ambulance. 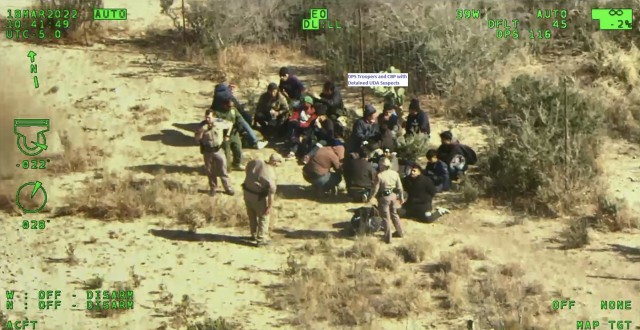