Governor Greg Abbott today met with Israeli Prime Minister Benjamin Netanyahu to discuss Texas and Israel's historic bond and how he can further solidify their relationship. During the meeting, Governor Abbott informed Prime Minister Netanyahu that Texas will maintain its Iran divestiture policy. Further, the Governor announced that he would seek new laws to strengthen Texas' prohibitions on the investment of public funds in Iran.

"As Governor, I am a steadfast supporter and friend to the State of Israel- and the State of Texas' policies will reflect that," said Governor Abbott. "That is why today I am announcing action to ensure Texas maintains its Iran divestiture policy despite the federal government's deal. Further, I am calling for new legislation that will strengthen Texas existing divestiture laws and ensure Texas taxpayer funds do not enrich Iran.â€

During the next legislative session, Governor Abbott will seek legislation to achieve the following: 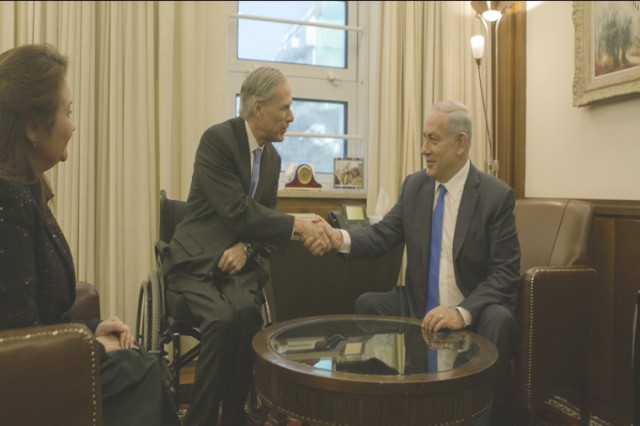