Governor Greg Abbott concluded his first day in Israel by meeting with Israeli Prime Minister Benjamin Netanyahu in Jerusalem. The Governor and the Prime Minister discussed the long-standing economic and cultural bond between Israel and Texas, as well as ways to strengthen this relationship in the future. This is Governor Abbott's second time to meet with Prime Minister Netanyahu — the two leaders met in 2016 when Governor Abbott visited Israel for a previous economic development mission.

"The unwavering bond between Texas and Israel is marked by our shared commitment to freedom and economic opportunity," said Governor Abbott. "I am grateful to Prime Minister Netanyahu for his warm hospitality and for his enduring friendship. In Texas, we have worked hard to reaffirm our steadfast support of Israel, and I am confident that this relationship will continue to prosper in the years to come." 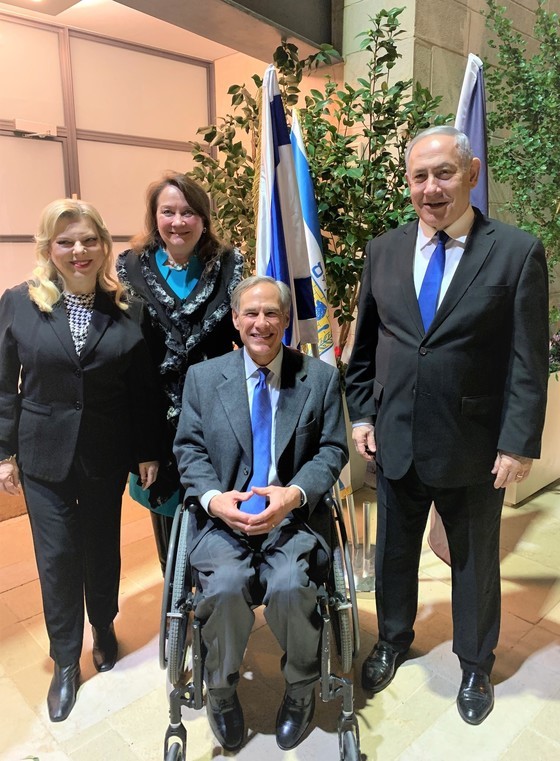