Governor Greg Abbott began his second day in Israel by visiting the Yad Vashem Holocaust Museum in Jerusalem, and touring the excavation site of the City of David Pilgrimage Road. During their visit to the Yad Vashem Holocaust Museum, the Governor and First Lady Cecilia Abbott laid a wreath in the Hall of Remembrance to honor the victims of the Holocaust. This is the second time the Governor and First Lady have participated in the wreath laying ceremony, having previously visited the museum in 2016.

These visits are part of Governor Abbott’s economic development trip to Israel and Switzerland.

"Cecilia and I are blessed to return to these important historical sites and pay tribute to those who suffered or lost their lives during the Holocaust," said Governor Abbott. "The culture of Israel is enriched by its spirit of tradition, history, and unwavering courage in the face of tremendous adversity. We must never forget the atrocities of the Holocaust, and the Lone Star State stands with the people of Israel as we continue to fight for human dignity and freedom throughout the world."

Yad Vashem is Israel's official memorial to the victims of the Holocaust. The museum, established in 1953, is located on the western slope of Mount Herzl on the Mount of Remembrance in Jerusalem. The name "Yad Vashem" is take from a verse in the Book of Isaiah: "Even unto them will I give in my house and within my walls a place and a name better than of sons and of daughters: I will give them an everlasting name, that shall not be cut off" (Isaiah 56:5). Naming the Holocaust memorial "yad vashem" conveys the idea of establishing a national depository for the names of Jewish victims who have no one to carry their name after death. After the Western Wall, Yad Vashem is the second most-visited Israeli tourist site and welcomes approximately one million visitors a year.

The City of David reveals some of the most exciting archaeological finds of the ancient world. The story of the City of David began over 3,000 years ago, when King David left the city of Hebron for a small hilltop city known as Jerusalem, establishing it as the unified capital of the tribes of Israel. The city is a vibrant center of activity, welcoming visitors for an exciting tour to the site where much of the Bible was written. The tour of the city includes an observation point overlooking Biblical Jerusalem, sending visitors 3,800 years back in time the days of Abraham when the first foundations of the city were laid. 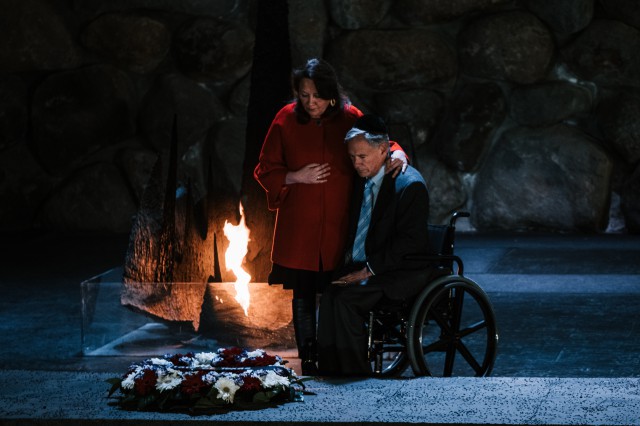