Governor Greg Abbott today delivered virtual remarks at The Heritage Foundation’s "The Fentanyl Crisis: The Mexico-Texas Connection" discussion. The Governor stressed the harrowing connection between the fentanyl crisis and the border crisis and highlighted the ways Texas is stepping up to secure the border and combat the influx of fentanyl streaming into our country in the wake of the federal government's absence.

"The crisis at our border can be pinned directly on the inaction of President Biden and his Administration—they have turned a blind eye to the United States’ borders that they swore to protect and defend," said Governor Abbott. "But Texas is not sitting by while our border is flooded with people and deadly drugs like fentanyl. Instead, we are stepping up do the federal government's job. Our efforts have been tremendously successful thanks to Operation Lone Star and the support from other states who understand the importance of a secure border. Texas will continue to bolster its stake in the fight against fentanyl and do whatever it takes to secure our border and keep our communities safe."

Governor Abbott has taken significant action to address the fentanyl crisis in Texas. Since the launch of Operation Lone Star, Texas has seized over 288 million lethal doses of fentanyl throughout the state. Just last month, Governor Abbott held a roundtable in Fort Worth on the national fentanyl crisis alongside law enforcement and families who have been affected by fentanyl. Governor Abbott also signed new legislation last year that enhances criminal penalties for manufacturing and distributing fentanyl in Texas.

The event, hosted by The Heritage Foundation President Kevin Roberts, Ph.D., examined how fentanyl continues to wreak havoc across communities nationwide and what strategic approaches are necessary to halt its passage across our border with Mexico. 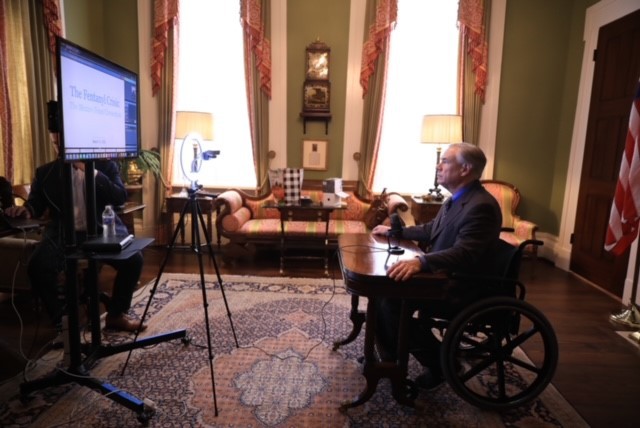