“As Governor, my top priority is public safety, and this bill furthers that objective by keeping dangerous criminals off our streets,” said Governor Abbott.

It’s inexcusable to release individuals from jail that have been charged with heinous crimes like sexual assault against minors, domestic violence and robbery. There are deadly consequences to not enforcing the law, and Texas has now become a state where those practices are not tolerated. With this bill we are doing away with those that seek to promote lawlessness in Texas.

As part of the legislation, entities and officials that do not comply with the law could face the following penalties:

A civil penalty for entities in violation of the law of up to $25,500 for each day of the violation.

A class A misdemeanor for a sheriff, chief of police, or constable who fails to comply with federal immigration detainer requests

Removal from office for any elected or appointed official who does not comply with the law. 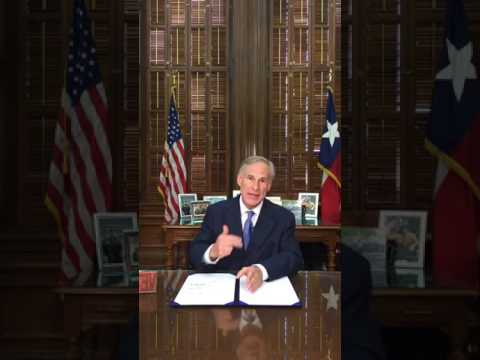