Governor Greg Abbott today joined local leaders in Rockport and Houston, Texas to announce the availability of new funding for hazard mitigation projects along the Gulf Coast following the devastation of Hurricane Harvey. This allocation of funding from FEMA will provide an estimated $1 billion for hazard and flood mitigation projects designed to both help Texas rebuild and reduce the risk of future damage from flooding and Hurricanes. The hazard mitigation funding will be operated by the Texas Division of Emergency Management, and starting today, cities and counties can submit applications for projects.

"Texas has maintained from the beginning that we would rebuild in ways that reduce the risk of future damage to property and lives, and that’s exactly what these funds are for,” said Governor Abbott. “While this announcement is another important step toward recovery, we still have more work ahead of us, and I want to reassure every Texan impacted by Harvey that we will not let up until your homes and communities are restored.”

The new hazard mitigation funds can be used in a number of ways, including:

Of the estimated $1 billion that Texas will receive, $500 million in funding is available today, while the remaining funding will be provided on or before August 25, 2018. Additional funds may also become available as FEMA continues to process and approve project requests from Texas cities and counties.

In addition to the hazard mitigation funds announced today, the Governor praised the recent passage of disaster-relief funding totaling $89 billion by Congress, as well as the $5 billion in Community Development Block Grants from the Department of Housing and Urban Development that will be available in the coming weeks. 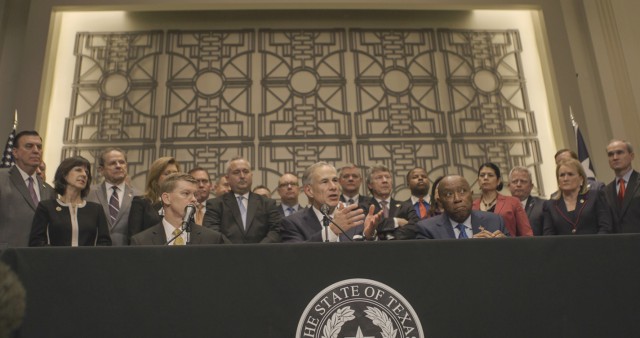