Governor Greg Abbott today held a press conference where he announced that Texas has won Site Selection magazine's Governor's Cup for a record-shattering tenth year in a row. The award highlights top-performing states for job creation and capital investment. The Governor was joined for the announcement by representatives from Site Selection, company representatives, and economic development leaders from across the state.

“Texas continues to shine as the beacon of economic prosperity in America, and I am proud to accept Site Selection’s Governor’s Cup for a record-shattering tenth straight year,” said Governor Abbott. “Texas is the new frontier where dreams, families, and jobs grow. This honor is a testament to the unmatched business climate and highly skilled and diverse workforce we have cultivated here in the Lone Star State, and I thank the exceptional economic development teams across our state who have worked diligently to attract new, innovative businesses to their communities and bring more economic opportunity to hardworking Texans. As we celebrate the resurgence of the mighty Texas economy, we look to the future with high and hopeful expectations of an even brighter, more prosperous future for generations of Texans.” 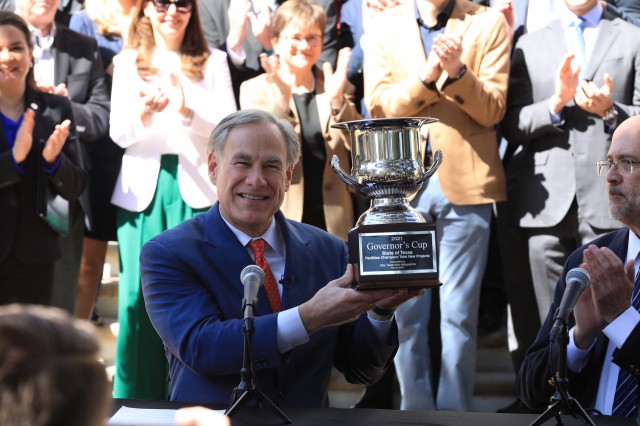