The Texas Film Commission (TFC) and the Texas Archive of the Moving Image (TAMI) will host a free screening of Mavericks and (M)ad Men featuring Dallas-produced sales films, television commercials, and other vintage videos on Thursday, March 10, at 7 p.m. at the Texas Theatre in Dallas.

The Mavericks and (M)ad Men: The Industrial Film Legacy of Dallas digital exhibition from TFC and TAMI launched in early February on Google Arts & Culture and features marketing films for Pearl Beer and advertisements for brands like Dr Pepper, Imperial Sugar, and Frito-Lay. The screening will also feature additional Dallas-related highlights from TAMI’s collections. Tickets and additional details can be accessed here: https://www.eventbrite.com/e/mavericks-and-mad-men-commercials-and-industrial-films-made-in-dallas-tickets-269211016397

TAMI will also be accepting film and videotape submissions for the Texas Film Round-Up free digitization program before and after the screening. Attendees and the general public are invited to contribute their films and videotapes to the Texas Film Round-Up for free digital copies and potential inclusion in TAMI’s online video collection at TexasArchive.org. TAMI will collect submissions in the lobby of the Texas Theatre from 6 p.m. to 9 p.m. Details on the Round-Up can be found here: https://texasarchive.org/round-up

"We are glad to partner with TAMI to highlight commercial production, a vital part of the media production industries in Texas," said TFC Director Stephanie Whallon. "Through screenings like this and events like the Texas Film Roundup, Texans can preserve and celebrate the lasting impact of Texas’ rich history through media for both education and entertainment."

"We are excited to highlight the filmmakers who helped establish Dallas as a center for media production with this screening and through the exhibit," said TAMI Managing Director Elizabeth Hansen. "But our search continues via the Texas Film Round-Up for films and videotapes that might help expand this story or help us share other lesser known stories of Texas."

About TAMI: The Texas Archive of the Moving Image (TAMI) is an independent non-profit organization founded in 2002 to discover, preserve, make accessible, and serve community interest in Texas’ moving image heritage. Since 2008, TAMI has partnered with the Office of the Governor’s Texas Film Commission (TFC) to administer the Texas Moving Image Archive Program, providing new access to more than 50,000 films and videotapes as well as educational resources exploring Texas media history. Learn more about TAMI: https://texasarchive.org 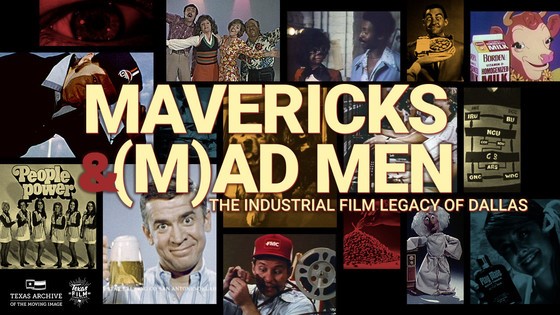