Since the launch of Operation Lone Star, the multi-agency effort has led to more than 297,200 migrant apprehensions and more than 19,000 criminal arrests, with more than 16,400 felony charges reported. In the fight against fentanyl, DPS has seized over 335.5 million lethal doses during this border mission.

Texas has also bused over 7,400 migrants to our nation's capital since April and over 1,500 migrants to New York City since August 5. The busing mission is providing much-needed relief to our overwhelmed border communities.

Governor Abbott joined America’s Newsroom on Fox News to spotlight New York City Mayor Eric Adams’ hypocrisy in complaining about bused migrants from Texas arriving in his sanctuary city. After the Governor invited Mayor Adams and Washington, D.C. Mayor Muriel Bowser to the border to see the crisis firsthand, the mayors have not accepted the invitation and refuse to acknowledge the magnitude of the problem.

“This is not a Texas problem; this is an American problem caused by the president,” said Governor Abbott. “We need more Americans to call on the president to uphold his oath of office and enforce the immigration laws of the United States.”

GOVERNOR ABBOTT: Eric Adams Is All Talk When It Comes To ‘Open’ Borders

In an op-ed for the New York Post this week, Governor Abbott called out Mayor Adams for boasting about his sanctuary city policies, while failing to live up to his campaign promises. Despite remaining silent when President Biden flew migrants to New York, the mayor is now condemning anyone who presses him to follow through on his ill-considered sanctuary city policies.

“Mayor Adams likes to sloganeer that ‘This is America’ and we need to start acting like it,” Governor Abbott writes. “We are a nation of laws. It’s time to start enforcing them. Doing that would restore the ‘humanity’ he is clamoring for.”

The would-be smugglers left a bundle of narcotics before fleeing, and Border Patrol air assets used infrared lasers to communicate to Texas National Guard soldiers on the ground the exact location of the bundle to seize the drugs.

A Texas National Guard squad leader described a recent nighttime seizure of 80 lbs. of narcotics from a residential area of Laredo. Working alongside Border Patrol, soldiers tracked smugglers from Mexico attempting to move narcotics into the U.S.

“This is why we’re here,” said the squad leader.

The driver and passenger were arrested for human smuggling. In all, 14 males and 12 females from Mexico, Guatemala, and El Salvador were referred to Border Patrol.

Agents from DPS’ Criminal Investigations Division, working alongside federal law enforcement, seized 15 lbs. of cocaine in Webb County. The drugs were concealed inside a bag. One person was arrested.

DPS troopers were led on a high-speed pursuit by a narcotics smuggler last week in Cameron County. After attempting to evade multiple police agencies, the smuggler finally came to a complete stop and was apprehended. A total of 10 bundles of marijuana weighing approximately 240 lbs. were discovered inside the vehicle.

The smuggler was charged with evading arrest and possession of marijuana. 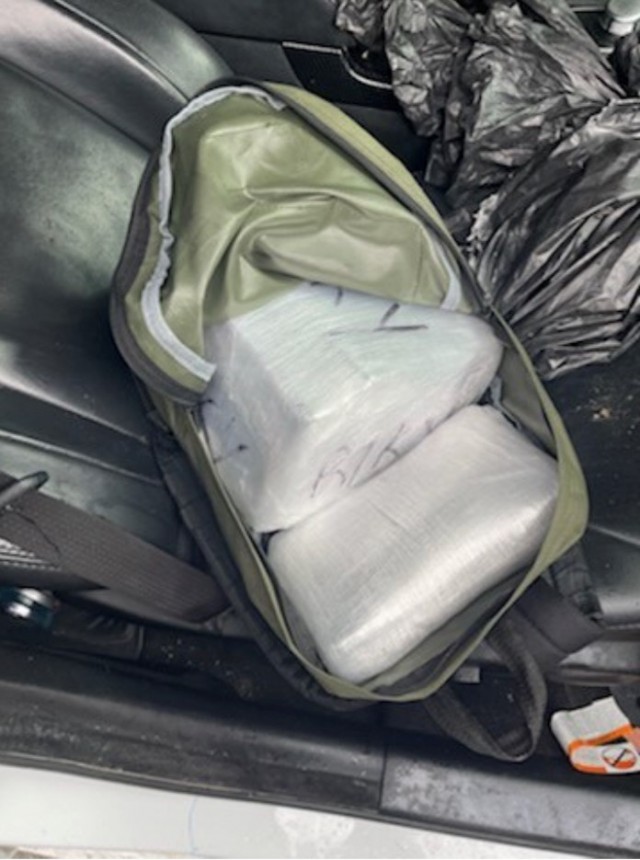