Governor Greg Abbott today hosted a signing ceremony at VFW Post 76 in San Antonio, the oldest VFW hall in Texas, highlighting multiple bills to implement his veterans’ initiative. Governor Abbott signed legislation that will improve mental health care, exempt veteran-owned businesses from the franchise tax and create more job opportunities for our veterans, in addition to signing legislation that will establish the Texas Women Veterans Program. At the signing ceremony, Governor Abbott also took the opportunity to discuss his $30 million budget appropriation for the Texas Military Preparedness Commission (TMPC) that will protect Texas military bases from potential closure or realignment under the Base Realignment And Closure Commission (BRAC). Prior to hosting this event, the Governor addressed the graduating class of the 737th Training Group at Lackland Air Force Base.

“Saying ‘thank you’ is not enough to those who risked their lives for our nation’s freedom,” said Governor Abbott. “No state offers greater support for the mission of the military than Texas, and I will keep it that way. By signing this legislation, Texas will improve the lives of our heroes and give them the care and opportunities they have earned in service to our nation.” 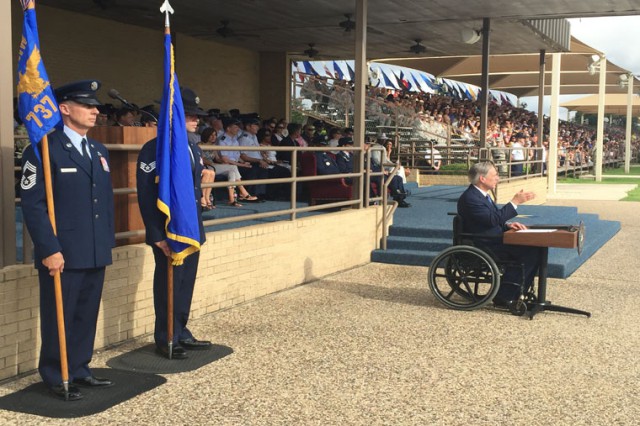