Governor Greg Abbott today met with Texas Department of State Health Services (DSHS) Commissioner John Hellerstedt to receive an update on Texas’ Zika Preparedness and Response Plan and discuss the next steps in combatting the virus. During the meeting, Governor Abbott was briefed on the Response Plan, DSHS’ coordination with the Centers for Disease Control and Prevention (CDC) and the Texas Task Force on Infectious Disease Preparedness and Response’s involvement in the State's efforts.

“The State of Texas is continuing to work with both local and federal partners to implement our Zika Response Plan,” said Governor Abbott. “I would like to thank Commissioner Hellerstedt for coordinating this joint effort to ensure that Texas is prepared for any and all cases of local transmission. Texas remains at the forefront in the nationwide effort to combat the Zika virus.”

Governor Abbott and Commissioner Hellerstedt discussed the following topics during the meeting: 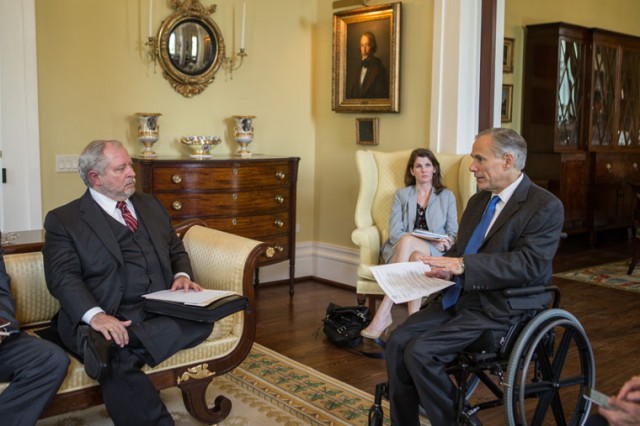