Governor Greg Abbott today declared February 2nd "Texas Military Heroes Day" in honor of all Texans who have and continue to defend the United States of America. Last year, Governor Abbott declared February 2nd "Chris Kyle Day" in honor of Chief Petty Officer Chris Kyle. Today, the Governor issued a proclamation to include all who have sacrificed and served on behalf of the Lone Star State.

"Texans have a long history of taking a stand against tyranny and fighting for the freedoms and values we hold dear,” said Governor Abbott. “From the Texas revolution to the struggles the United States currently faces, Texans have always answered the call to defend liberty at home and abroad. Today, and from every February 2nd hereafter, we will honor all Texans who have sacrificed and served on behalf of the United States of America." 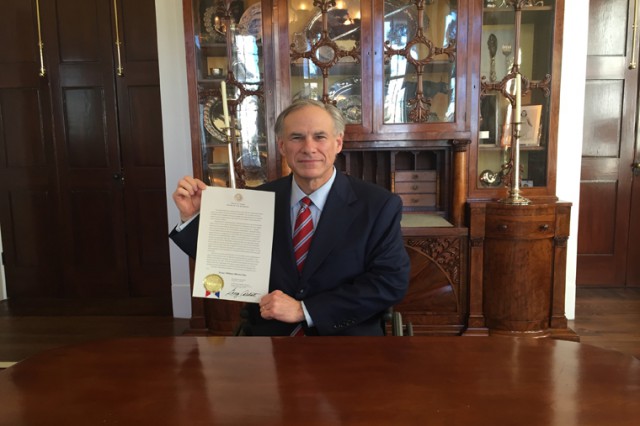