Governor Greg Abbott today attended and delivered remarks at the groundbreaking ceremony for the Texas Department of Transportation's (TxDOT) US 281 expansion project. The first phase of the project will expand US 281 by adding non-tolled express lanes between Loop 1604 and Stone Oak Parkway stretching over 8-miles. The second phase will begin 2019 just North of Stone Oak Parkway and continue to Comal County. This new project will address congestion in the San Antonio area as part of the statewide congestion-initiative known as Texas Clear Lanes.

“For 100 years, the Texas Department of Transportation has built and maintained our roads and highways, providing a safe transportation system that has helped the Texas economy grow,” said Governor Abbott. “It is because of the success we have had in bringing jobs and new business to Texas that unprecedented growth has caused unprecedented congestion making the expansion of Highway 281 so important. The voters made clear this is their priority, and I am confident the employees at TxDOT are prepared for this enormous responsibility and can deliver results in the form of reduced congestion.”

“The approval of Proposition 7 by voters in 2015 and the Texas Clear Lanes Initiative have allowed both phases of the U.S. 281 expansion to move forward without tolls,” said TxDOT Commissioner J. Bruce Bugg, Jr. “After years of planning by local and state leaders, the new funding has made this critical and much needed project a reality. “ 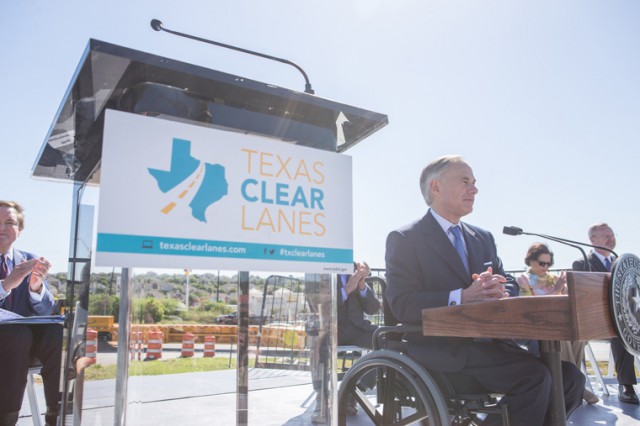