Governor Greg Abbott continued his first day in Israel by visiting the United States Embassy in Jerusalem, where he met with Ambassador David Friedman. The two leaders discussed the enduring friendship between Israel and Texas, and the Governor reaffirmed the Lone Star State's unwavering support for the Israeli people. The discussion concluded with an update on Texas' cornerstone plaque, made for display in the U.S. Embassy, that was unveiled in 2018. Complete with the Texas seal, the plaque reiterates the Texas-Israel connection and serves as another reminder of this historic relationship.

Following the visit to the U.S. Embassy, Governor Abbott traveled to the Western Wall where he prayed for the blessings of peace and prosperity among the people of both Israel and Texas. The Governor was accompanied by Ambassador Friedman, as well as Consul General of Israel to the Southwest Gilad Katz.

Ambassador David Friedman was nominated by President Trump on January 20, 2017 and sworn in as Ambassador Extraordinary and Plenipotentiary to the State of Israel on March 29, 2017. He was the first bilateral ambassador to be confirmed in the Trump Administration. Prior to his appointment as Ambassador, Friedman was a nationally top-ranked attorney and a founding partner of a leading law firm in New York City. Since assuming his post, Ambassador Friedman has actively engaged in the development and execution of President Trump’s Israel-related policies, including those with respect to the recognition of Jerusalem as Israel’s capital, the move of the U.S. Embassy in Israel to Jerusalem in May 2018 and the recognition of Israel’s sovereignty over the Golan Heights. He also plays a lead role in the Administration’s ongoing efforts to advance the cause of peace in the Middle East. Friedman earned a B.A. from Columbia University in New York City in 1978 and a J.D. from New York University School of Law in New York City in 1981.

Gilad Katz, Consul General of Israel to the Southwest was appointed as Head of Post on August of 2017 to lead the Consulate General of Israel to the Southwest United States, which is responsible for the six-state region of Arkansas, Kansas, Louisiana, New Mexico, Oklahoma, and Texas. The Consulate’s departments include Academic, Cultural, Hispanic, Press, Political, and Strategic Affairs. Prior to assuming the post of Consul General to the Southwest United States, Consul General Katz held the title of Advisor to Prime Minister Benjamin Netanyahu. During his tenure in the Office of the Prime Minister, he was Head of the Hebrew Correspondence Department and the Public Affairs Department. Consul General Katz has a background in policy, communications, and education. He served as a correspondent for Makor Rishon Newspaper in Israel, and earned a promotion as the Political and Diplomatic correspondent for the newspaper. Katz spent a decade in education including as a Public Representative in the Directorate of the Education Corporation for the Shoham Local Council in Shoham, Israel Katz proudly served in Israel’s military, as a part of the elite unit of "Zanhanim" paratroopers. He holds a master’s degree in Political Science and Communications from Bar-Ilan University. Additionally, he has his bachelor’s degrees in Political Science, Communications, and History from Bar-Ilan University. 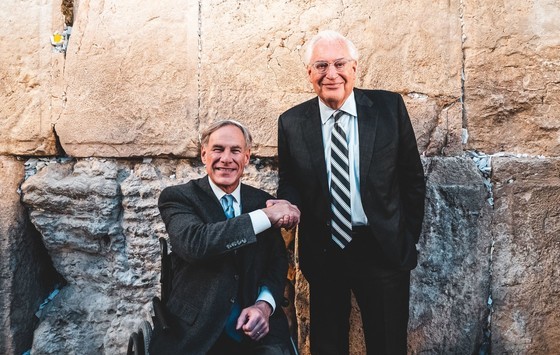