Governor Greg Abbott today visited Van Zandt County following the severe weather and deadly tornadoes that struck Texas overnight. During his visit, the Governor surveyed the damage and received updates from local officials. Following the briefing, the Governor held a press conference where he called on Texans to come together to rebuild and help those affected, as well as pray for those who were lost and their families.

"Today is a difficult day for the people of Canton and the surrounding region," said Governor Abbott. "In response to the devastation, I'm confident Texans will come together to rebuild and help their neighbors in need. I would like to express my deepest sorrow to the families of those lost, and thank the first responders for their preparedness and efforts to keep Texans safe."

Four confirmed tornadoes impacted Northeast Texas on the afternoon and evening of April 29, 2017. The City of Canton, in Van Zandt County, sustained extensive damage from two large, long-track tornadoes in and around the city. The Texas State Operations Center has increased to a Level 1 Activation (Maximum Readiness - Emergency Conditions) to support local government requests for state assistance. Governor Abbott also activated the Texas Emergency Management Council, including Texas Task Forces 1 & 2, in response to the devastation.

View a full list of state agencies that are currently engaged in the response and recovery effort. 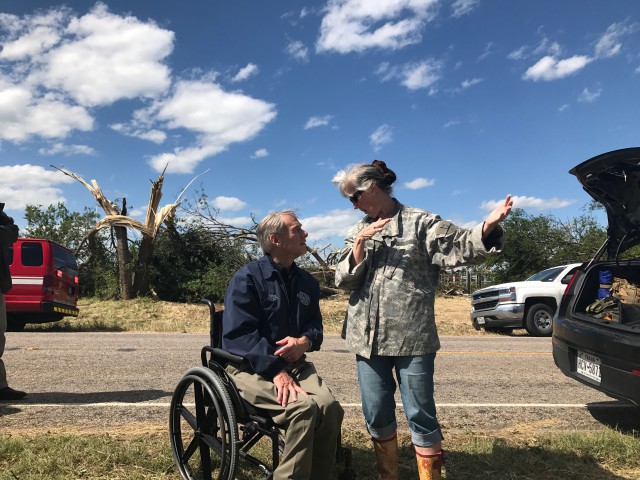