Governor Abbott and Chairman Bugg were joined at the groundbreaking ceremony by San Antonio District Engineer Gina Gallegos, P.E., as well as other state and local officials.

“Key construction projects all throughout Texas, just like this one to widen 1604 in San Antonio, will alleviate the traffic burden experienced by Texans in our fast-growing state,” said Governor Abbott. “I thank TxDOT and Chairman Bugg for the hard work, vision, and leadership in ensuring Texans on the roadways get to where they’re going faster and safer. In the coming years, the exhaustive work of TxDOT and road workers with the Texas Clear Lanes initiative will relieve traffic headaches for millions of travelers and pave the way for the Lone Star State's continued economic growth.”

“Today, we’re taking another step forward in creating more mobility and less congestion for San Antonians with the start of another segment of the Loop 1604 North Expansion project,” said TxDOT Chairman Bugg. “This project will build the improvements that are needed to help get drivers out of congestion and back to the things they want and need to do.”

“Segment 2 will add capacity with the expansion of the main lanes, increase mobility options with the addition of HOV lanes, and create more connectivity with the construction of an innovative interchange at I-10,” said District Engineer Gallegos. “Once the Loop 1604 North Expansion is complete, drivers along Loop 1604 could see future travel times reduced by as much as 76%.”

With traffic volume on the Loop 1604 North corridor projected to double to an estimated 290,000 drivers each day by 2045, the Segment 2 expansion project includes improvements to expand the main lanes from a four-lane to a 10-lane expressway, add high-occupancy vehicle (HOV) lanes in each direction, and construct an innovative and multi-level interchange at the I-10 intersection. Construction on Segment 2 began in late summer 2022 and is expected to be complete by 2027.

The Loop 1604 North Expansion project includes plans for five separate segments of construction on the corridor from State Highway 16 (Bandera Road) to I-35. More information is available on the Loop 1604 North webpage.

The State of Texas is undertaking a series of crucial roadway improvement projects through TxDOT's Texas Clear Lanes initiative to alleviate traffic chokepoints in Texas’ largest metro areas. Projects include additional lanes along I-35 in Austin, improvements on I-30 and I-635 in Dallas, upgrades to I-69 and I-610 in Houston, and more projects planned for high-traffic highways and byways across the state. Additional information on the statewide Texas Clear Lanes project is available here.

In August, TxDOT's 2023 Unified Transportation Program (UTP) was unanimously adopted, advancing a record $85 billion, 10-year statewide roadway construction plan. The UTP funds will coincide with an additional $32 billion over the life of the program for routine maintenance contracts and project development, such as planning, professional engineering, and right-of-way acquisition for more than 7,000 transportation projects and a total investment of $117 billion statewide. 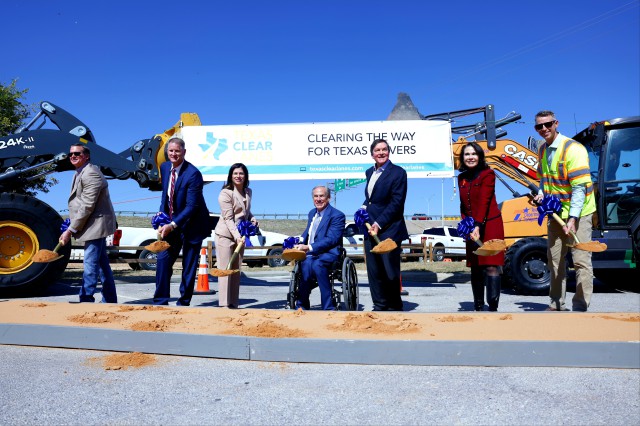