The Governor was joined for the bill signing by Representatives Phil King, Craig Goldman, Tan Parker, and Doc Anderson, Consulate General of Israel Gilad Katz, and members of the Israel National Defense College, the Jewish Federation, and the American Jewish Committee.

"Antisemitism has no place in Texas, and we have a duty to combat it whenever and however it arises," said Governor Abbott. "That is why I am proud to sign House Bill 3257 into law, which will create the Texas Holocaust, Genocide, and Antisemitism Advisory Committee and bolster our efforts to eradicate antisemitism in the Lone Star State. Thank you to the Texas Legislature for your bipartisan effort on this important bill." 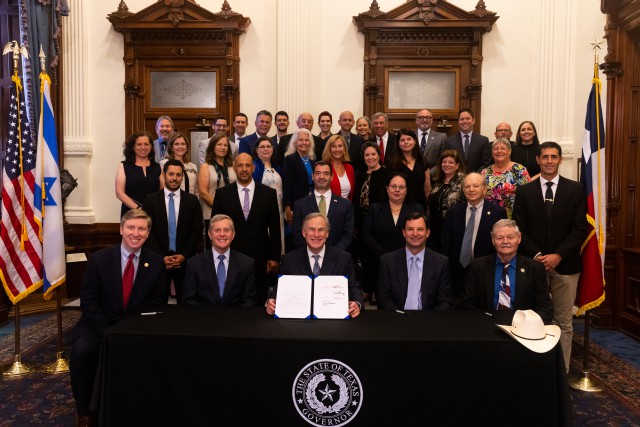