Governor Greg Abbott today signed Senate Bill 1 into law, which will uphold the integrity of elections in Texas. The Governor held the bill signing ceremony in Tyler, where he was joined by Lieutenant Governor Dan Patrick and the authors of the bill — Senator Bryan Hughes and Representative Andrew Murr.

Governor Abbott made election integrity an emergency item during the 87th Legislative Session and placed it on the agendas for the first and second special sessions.

"Senate Bill 1 ensures trust and confidence in our elections system — and most importantly, it makes it easier to vote and harder to cheat," said Governor Abbott. "Safe and secure elections are critical to the foundation of our state, and I thank Senator Hughes and Representative Murr for their leadership on this important issue. I am proud to sign Senate Bill 1 into law to uphold the integrity of our elections in Texas." 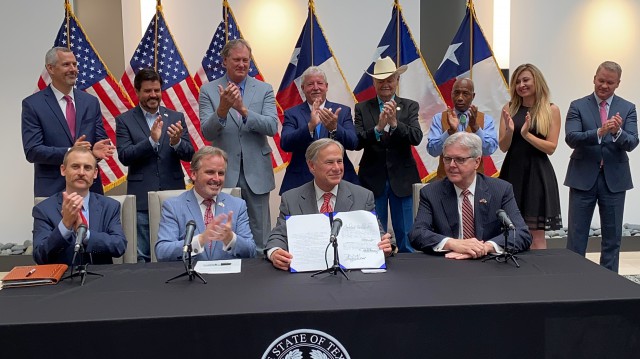