Governor Abbott today signed Senate Bill 6, the Damon Allen Act, into law at the Texas Pastor Council's Safer Houston Summit. The Damon Allen Act will keep Texas communities safe and secure by prohibiting the release on personal bond of defendants charged with a violent offense or who are charged while released on bail. The bill also requires a defendant be granted or denied bail within 48 hours of their arrest and that a defendant's criminal history be examined before setting bail.

"The Damon Allen Act ensures Texas communities are safe and secure by making it harder for dangerous criminals to be released on bail," said Governor Abbott. "Texas cities will not follow the lead of Portland, Seattle, and Minneapolis; Texas will remain a law-and-order state and continue using every tool available to preserve the safety that Texans deserve. That is why I am proud to sign the Damon Allen Act into law, which will reform our broken bail system in the Lone Star State."

The Governor thanked Lieutenant Governor Dan Patrick, Senator Joan Huffman, Representative Reggie Smith, and the Texas Legislature for their work on the Damon Allen Act. He also recognized Kasey Allen, Trooper Damon Allen's wife, for playing an instrumental role in the passage of the bill. Additionally, Governor Abbott reaffirmed Texas' respect and support for law enforcement across the state.

The Damon Allen Act is named after Trooper Damon Allen. Trooper Allen was tragically murdered in the line of duty in 2017 by a violent criminal who was out on a $15,000 bond despite having previously been convicted for assaulting a public servant and having been arrested for evading arrest and aggravated assault on a public servant.

Governor Abbott made bail reform an emergency item during the 87th Legislative Session and placed it on the agendas for the first and second special sessions. 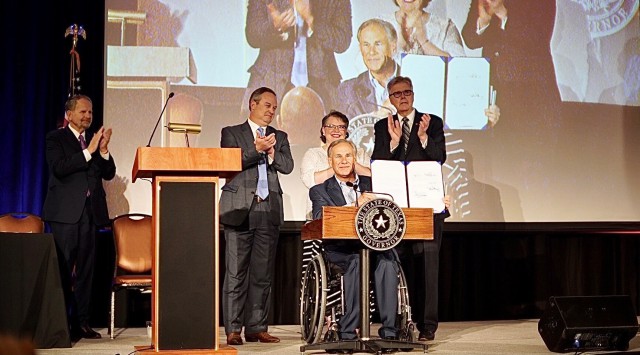