Governor Greg Abbott today discussed the state's ongoing border security efforts and how Texas is working with local law enforcement to mitigate the Biden administration's ongoing border crisis at the Texas Border Sheriffs Coalition Spring Meeting in El Paso. During remarks, the Governor thanked law enforcement for their steadfast partnership in mitigating the influx of dangerous criminals, lethal drugs, and illegal contraband into communities across Texas as a result of the federal government's refusal to secure the border. The Governor also reaffirmed the State of Texas' support for all law enforcement across the state.

"Texans demand and deserve an aggressive, comprehensive strategy to secure our border—not President Biden's lackluster leadership," said Governor Abbott. "As the federal government continues to roll back commonsense policies that once kept our communities safe, our local law enforcement has stepped up to protect Texans from dangerous criminals, deadly drugs, and illegal contraband flooding into the Lone Star State. Texas will always be a law-and-order state, and I thank our law enforcement officers who have answered the call to protect and serve their fellow Texans in the federal government's absence in securing our border." 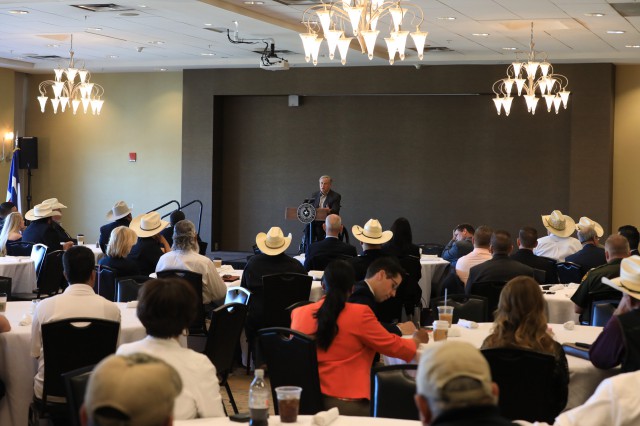