Governor Greg Abbott today hosted a visit with Her Majesty Queen Máxima of the Netherlands, Dutch government officials, and business leaders at the Governor's Mansion in Austin to discuss the State of Texas' strong economic partnership with the Kingdom of the Netherlands.

After greeting Her Majesty on the front porch of the Governor's Mansion, the Governor and First Lady Cecilia Abbott welcomed Queen Máxima inside for private discussion, where they were joined by Texas Secretary of State John B. Scott, Minister for Foreign Trade and Development Cooperation of the Netherlands H.E. Liesje Schreinemacher, Ambassador of the Kingdom of the Netherlands to the United States André Haspels, and Executive Director of the Governor’s Economic Development and Tourism Office Adriana Cruz. During the discussion, the Governor and Her Majesty exchanged gifts from their nations, including two pairs of Texas cowboy boots, a porcelain State of Texas bowl, a signed framed photograph of Their Majesties, an appliqué delft, and a Holland vase.

Following the meeting with Her Majesty and Dutch government officials, the Governor and the Queen invited members of the Dutch business delegation and business leaders to join them for a discussion on topics important to their two economies, including energy, semiconductors, technology, health sciences, international trade, and more.

Before the Dutch delegation departed, Governor Abbott and Queen Máxima viewed the Treaty of Amity, Commerce, and Navigation between the Republic of Texas and the Kingdom of the Netherlands, entered in 1840, from the Texas State Archives. 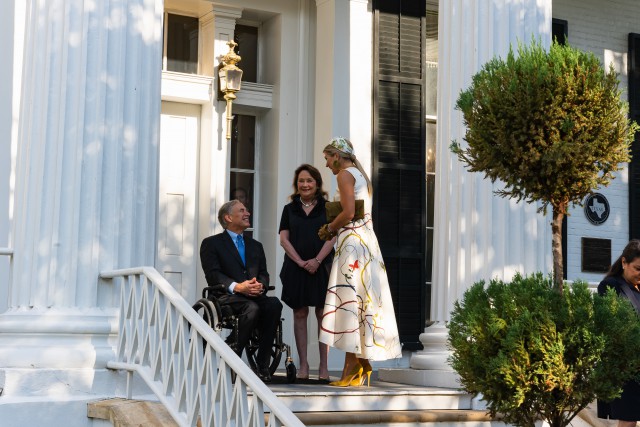