Governor Greg Abbott today recognized peace officers, fire fighters, and first responders who demonstrated heroism and sacrifice in service to their communities and to the Lone Star State at the 2022 Star of Texas Awards Ceremony in Austin. The Governor was joined by First Lady Cecilia Abbott in presenting the awards to Star of Texas recipients.

"The remarkable men and women receiving the Star of Texas Awards today represent the very best of Texas, and this award is a token of our gratitude for their immense service to the Lone Star State," said Governor Abbott. "It is an honor to recognize the 36 individuals today in this room who have sacrificed so much and acted selflessly for others. I want to thank them on behalf of the entire State of Texas for the risks they have taken and continue to take to protect Texans across our state every single day. Our law enforcement officers, first responders, and their families will always have support from their Governor and the State of Texas."

The Star of Texas Awards were created in 2003 by House Bill 1937 to honor and commemorate individuals who made profound commitments while performing their duties as peace officers, firefighters, and emergency medical first responders. HB 1937 also designated September 11th of every year as Texas First Responders Day. Today’s ceremony honored and recognized 36 Texans for their remarkable courage and tremendous sacrifice in the line of duty, including some who gave their lives.

The 2022 recipients of the Star of Texas Awards are: 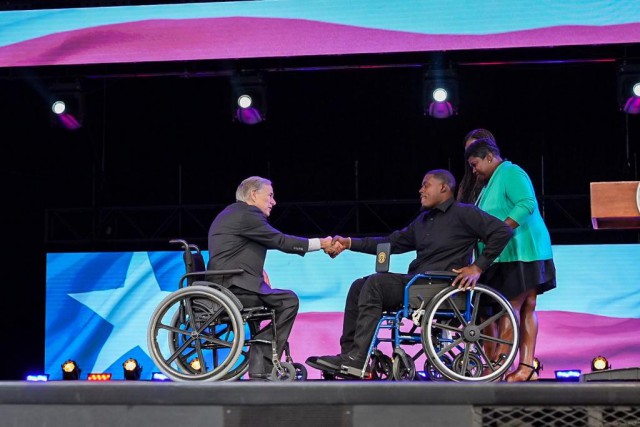