Governor Greg Abbott today ordered the Texas Department of Public Safety (DPS) and Texas Military Department (TMD) to expand their unprecedented efforts to combat the growing illegal immigration along the Texas-Mexico border. In a letter to DPS Director Steve McCraw and TMD Adjutant General Thomas Suelzer, the Governor outlined the need for the Operation Lone Star partners to defend Texas against what amounts to an invasion of America's southern border. Amid the Biden Administration’s ongoing failure to secure the border, DPS troopers and Texas National Guard soldiers, through Operation Lone Star, have repelled and turned back historic numbers of immigrants trying to cross the border illegally, arrested dangerous transnational criminals and criminal trespassers, and seized enough deadly fentanyl to kill every man, woman, and child in the nation.

“Until Congress acts or the Biden Administration does its constitutionally required job, Texas Guardsmen and Troopers must bear the burden of securing the border,” reads the letter. “You must continue to keep Texans and Americans safe and protect against an invasion of the southern border. I order you to use all resources and tools available to repel immigrants from attempting to cross illegally, arrest those who cross illegally and return them to the border, and arrest criminals who violate Texas law.”

On Monday, the Governor sent a letter to county judges in Texas explaining his Executive Order that invokes the Invasion Clauses of the U.S. and Texas Constitutions to fully authorize the unprecedented actions Texas is taking to secure the border amid an all-time record for illegal immigration, including devoting more than $4 billion toward border security and enhanced public safety measures. As Governor of Texas and commander-in-chief of its military forces, Governor Abbott has used constitutional authority, other authorization, and Executive Orders for historic actions such as building a border wall in multiple counties along the border, designating Mexican drug cartels as foreign terrorist organizations, and repelling immigrants seeking to enter illegally.

Monday’s letter to Texas county judges also calls for Congress to reimburse the State of Texas for the billions of dollars used to keep Texans safe amid the Biden Administration's refusal to do so, as well as for hearings and possible impeachment for federal officials who have not faithfully executed the nation's immigration laws. The letter also urges Congress to go beyond Article 1, Section 10 of the Constitution and specifically amend federal law to clarify that Texas troopers and soldiers are shielded from legal attack simply for protecting Texas against illegal entry between ports of entry.

Governor Abbott has taken unprecedented action to secure the border in the wake of the federal government’s inaction, including: 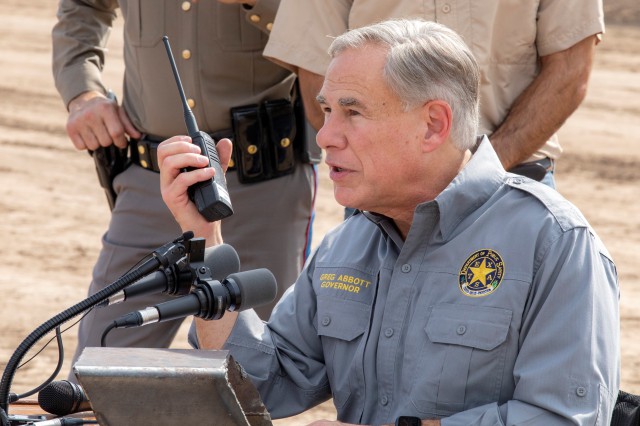