“I am grateful for the opportunity to hear directly from Texas’ military leaders about how to make our state’s military installations even stronger,” said Governor Abbott. “The 15 military installations in Texas are not only critical to the defense of our nation, they also contribute immensely to the Texas economy by supporting nearly 625,000 jobs in communities across the state. The Lone Star State will continue to prioritize its unwavering support for our military men and women, and I look forward to strengthening the already close partnership between the state of Texas and our United States Armed Forces.”

The TMPC in the Office of the Governor advises the Governor and the Legislature on defense and military issues and ways to strengthen the position of Texas military installations. The commission is composed of 13 appointed members serving six-year staggered terms, typically representing an installation in their community.

TMPC’s third annual Texas Military Summit was created under Governor Abbott to bring together defense community members, military installation commanders and local elected officials to discuss ways that communities can support their local installations. This event also serves to share best practices and projects with other communities to increase public-private partnerships and bring in new missions and jobs to communities. 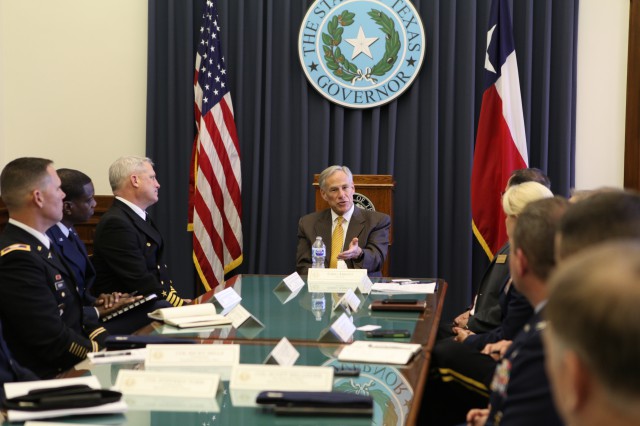