Governor Greg Abbott today joined the South Belt-Ellington Chamber of Commerce at a gala honoring Hurricane Harvey heroes and first responders in Houston, Texas. During the event, the Governor thanked all those involved in Harvey response and recovery efforts for their bravery during the storm, as well as the entire Houston community for their resilience as the recovery process continues.

“A storm the magnitude of Hurricane Harvey could’ve ripped us apart — but instead it pulled us together and proved that no force is more powerful than the Texas spirit,” said Governor Abbott. “Tonight, we salute the heroes of Hurricane Harvey who stepped up in incredible ways during one of the darkest times for this community. I thank these brave men and women for answering a higher calling, and putting their lives on the line when they were needed most. 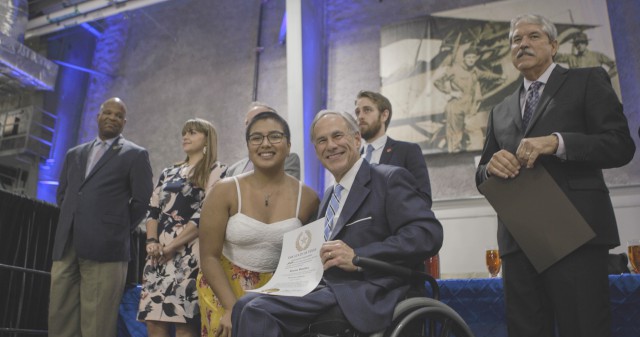