During the roundtable, the Governor and staff members from Houston Methodist Hospital discussed strategies to build a healthier Texas during and after the pandemic. They also discussed plans to ensure the ongoing availability of personal protective equipment (PPE), expand telehealth communications, and meet the mental health needs of fellow Texans.

During his remarks, Governor Abbott commended staff at Houston Methodist Hospital for serving as a model for vaccine administration. Houston Methodist is one of 77 mass vaccination centers throughout the state, and the hospital currently administers an average of over 4,000 COVID-19 vaccines a day. The Governor noted that Texas leads the nation in vaccine administration and attributed this achievement to the tireless efforts of frontline health care workers, the expansion of vaccine eligibility to Texans 65 years and older, and the establishment of mass vaccination centers throughout the state. Governor Abbott also discussed the state’s efforts to reduce hospitalizations by expanding access to antibody therapeutic drugs and establishing therapeutic infusion centers throughout the state.

"Texas is a leader in the fight against COVID-19, and I’m proud that the Lone Star State has administered more vaccines than any other state in the nation," said Governor Abbott. "Our success would not be possible without the men and women working tirelessly on the frontlines to get more shots in arms to keep Texans safe. As we continue to ramp up our vaccination efforts, Texas will work with our public and private partners to reduce hospitalizations, mitigate the spread of COVID-19, and ensure a healthier future for the Lone Star State."

So far, more than 1.7 million vaccine doses have been delivered to providers across Texas. Texas has already administered over 1.3 million doses that have been successfully reported into ImmTrac2, the state’s immunization registry. Texas has also provided 487,500 doses for nursing homes and long term care (LTC) facilities, which are administered by CVS and Walgreens. The State has also established additional vaccine hub locations, bringing the total number to 77. This week, Texas is slated to receive its largest supply of vaccines totaling 843,000. Of those doses, 333,650 are first doses and 509,400 are second doses. 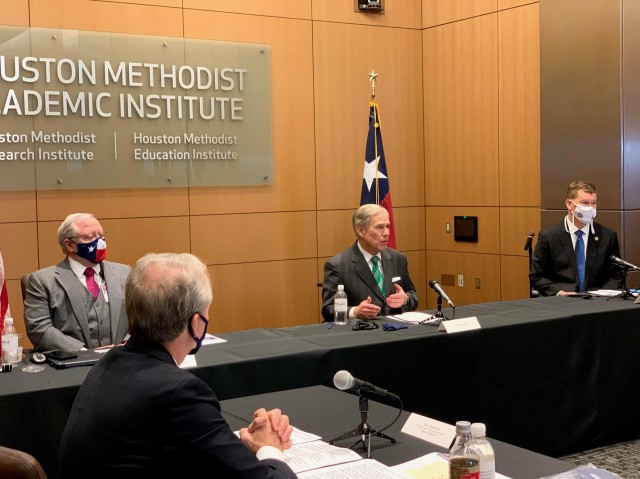