Governor Greg Abbott today held a roundtable discussion in Austin with law enforcement and public safety advocates to discuss the Governor's legislative priorities to ensure a safer future for the Lone Star State. Following the roundtable, the Governor held a brief press conference to provide a summary of the discussion and outline proposed legislative strategies to keep Texans safe and provide law enforcement with the support and resources they need to serve and protect their communities.

During the roundtable, the Governor and participants discussed the importance of supporting law enforcement and combatting efforts to defund the police. The leaders and Governor Abbott also discussed bail reform. The Governor noted that he is working with the Legislature this session to reform the bail system in Texas by expanding the criteria that judges must consider when setting bail and increasing the qualifications of judges who can set bail.

"Here in Texas, we will never turn our back on our law enforcement officers," said Governor Abbott. "Texas will always be a law-and-order state, and we must lead the way for the rest of the nation when it comes to supporting our police. The government's number one responsibility is to keep its citizens safe, and we will not allow cities to recklessly defund the police and put innocent lives in danger. We must also act this session to reform a broken bail system that allows dangerous criminals to go free, and I applaud Senator Whitmire and Representatives Kacal and Murr for their leadership on this important issue. I look forward to working with my partners in the Legislature this session to build a safer future for the Lone Star State."

The Governor was joined for the roundtable by: 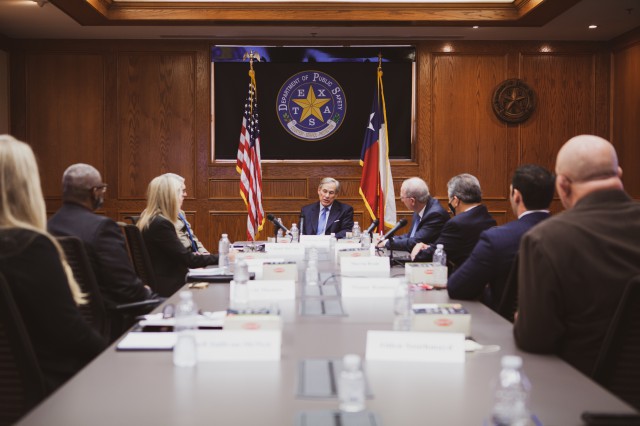