Governor Greg Abbott today held a border security briefing with sheriffs from border communities at the Texas State Capitol. The Governor was joined for the briefing by Texas Department of Public Safety Director Steve McCraw, Texas Division of Emergency Management Chief Nim Kidd, and Adjutant General of Texas Tracy Norris. During the briefing, the Governor and Colonel McCraw provided an update on the state's efforts to secure the border. Governor Abbott thanked the sheriffs for working tirelessly on the frontlines of the border crisis and reaffirmed the state's commitment to partnering with local officials to secure the border and keep communities safe. The briefing also included updates from sheriffs about their own efforts to stop the influx of drugs, weapons, and other contraband into the state.

On Wednesday, the Governor named border security funding as a priority item for the first 2021 Special Session. During his remarks at the briefing, the Governor Abbott urged legislators to swiftly act on this item during the session in order to keep communities safe and help secure the border.

"President Biden's open border policies have led to a disaster on our border, and the State of Texas is stepping up in the federal government's absence to keep our communities safe," said Governor Abbott. "Our efforts would not be possible without our partnership with local law enforcement. With their support, we are working tirelessly to stop the influx of unlawful immigrants and prevent the smuggling of contraband into the state. But more help is needed, which is why I called for legislation this Special Session to provide more border security funding for law enforcement and counties. This funding will help us better step up to meet this challenge and gives our border communities the resources and support they need. I strongly urge the legislature to take up this issue, and I thank our law enforcement partners for their continued efforts to secure the border." 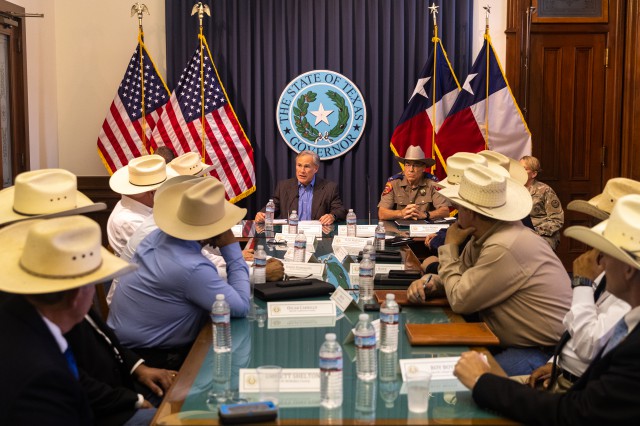