"In just five months, the Biden Administration has done everything it can to reverse President Trump's border strategy, and their open border policies have led to a disaster at our southern border," said Governor Abbott. "Because of President Biden's outright refusal to secure the border, the State of Texas is stepping up to continue the work of the Trump administration by building a wall and restoring law and order along the border. The State of Texas is grateful for our shared commitment and partnership with former President Trump to secure the border and keep our communities safe."

Upon conclusion of the briefing, Governor Abbott and former President Trump toured an unfinished portion of the border wall that was halted by President Joe Biden. The Governor discussed the State of Texas' recently announced strategy to construct a border wall to keep communities safe and prevent unlawful immigration. 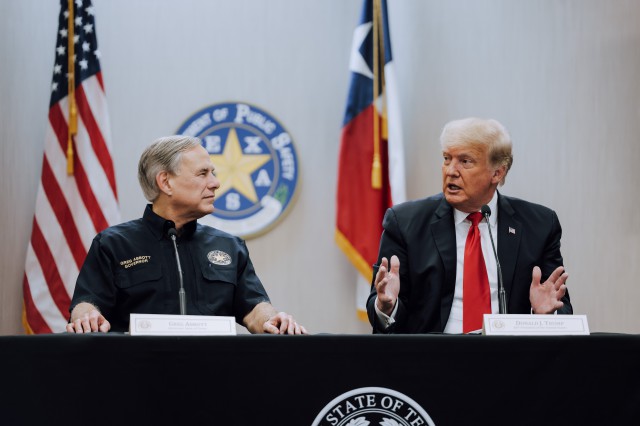