Following up on the first Texas Safety Commission meeting, Governor Greg Abbott today hosted the second meeting in El Paso to generate ideas to help the community heal, combat the rise of extremist groups and hateful ideologies, keep guns out of the hands of deranged individuals, and combat domestic terrorism in Texas. The meeting began by focusing on community healing as the Governor and elected officials heard from survivors and family members of the victims of the horrific shooting that left 22 people dead. Local leaders also participated in this portion of the meeting.

Following the community healing discussion, Governor Abbott heard from elected officials and experts on ways to prevent a tragedy like this from happening again. The ideas discussed in both today's meeting and the first Commission meeting that took place in Austin on August 22nd will aid in the development of an immediate action plan for the State of Texas.

"What we saw in El Paso was a despicable act of racist hate, and it goes against the very fabric of who we are as Texans,” said Governor Abbott. “Texas is responding to this act of hate with compassion, unity, and unwavering resolve. Today was a vital step in Texas’ ongoing efforts to provide healing to those suffering from this terrible tragedy, and to advance strategies that will combat extremism and violence in our communities. I am grateful for the insight of the members of this Commission, and I look forward to our continued collaboration as we put Texas on a trajectory towards a safer, more unified future." 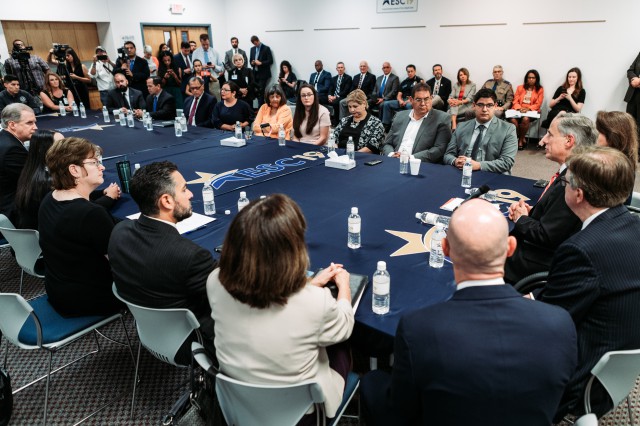