Governor Greg Abbott today convened the first meeting of the Domestic Terrorism Task Force at the Texas State Capitol. The task force began discussions of the threat of terrorism and extremism in Texas, and developed strategies to prevent and combat these acts of violence.

"This task force is committed to addressing the horrific tragedy in El Paso, while also combating the threat of terrorism and acts of hateful violence in Texas," said Governor Abbott. "As a task force, we will identify these threats and develop solutions that keep our communities safe. This meeting is the beginning of an ongoing process to ensure that we consider every strategy and take effective and meaningful action to undermine and eradicate domestic terrorism in Texas."

Under Article 4, Sections 1, 7, and 10 of the Texas Constitution, Governor Abbott formed the Domestic Terrorism Task Force in the wake of the El Paso shooting to combat hateful acts and extremism in Texas. The group of experts analyze and provide advice on strategies to maximize law enforcement’s ability to protect against acts of domestic terrorism. The task force meets quarterly, or at the call of the Governor. 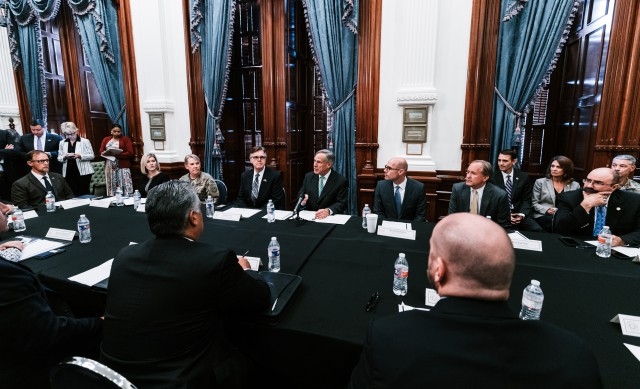