Governor Greg Abbott today convened the Domestic Terrorism Task Force for a roundtable discussion at the Texas State Capitol. The task force analyzed prevention strategies against domestic terrorism in the form of cyber attacks, and discussed the importance of good cyber hygiene in both the public and private sector. The roundtable also included a presentation by Colonel Steve McCraw, Director of the Texas Department of Public Safety, who provided an update on DPS' response to the Governor's Executive Orders that were issued in the wake of the shootings in El Paso and Odessa.

"We must work together to develop meaningful solutions to fully eradicate domestic terrorism in the Lone Star State," said Governor Abbott. "Just as domestic terrorism takes many forms, this task force is committed to developing comprehensive and evolving defense strategies to ensure a safe and secure future for every Texan."

Under Article 4, Sections 1, 7, and 10 of the Texas Constitution, Governor Abbott formed the Domestic Terrorism Task Force in the wake of the El Paso shooting to combat hateful acts and extremism in Texas. The group of experts analyze and provide advice on strategies to maximize law enforcement’s ability to protect against acts of domestic terrorism. The task force meets quarterly, or at the call of the Governor. 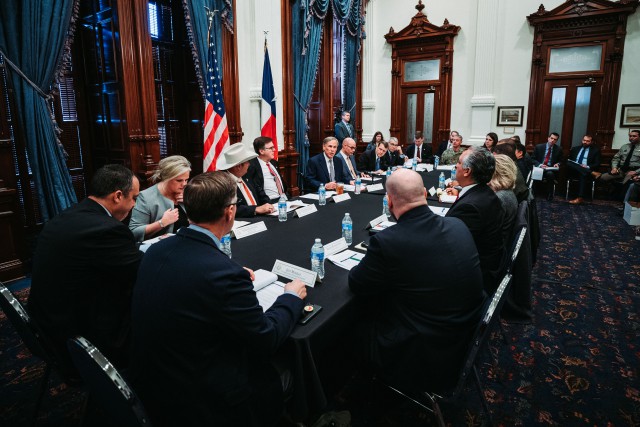