During remarks, the Governor outlined ways Operation Lone Star agency partners are adding more resources and implementing strategies to secure all land owned or controlled by state and local governments along the border. Governor Abbott announced that DPS is deploying strike teams, each consisting of 20 troopers, to the Eagle Pass region to detect and deter unlawful border crossings and apprehend illegal immigrants. Additional strike teams will be deployed to high traffic crossing areas as needed. In response to the tragic deaths of dozens of migrants being smuggled inside a semi-truck earlier this week, the Governor also announced that DPS will be implementing new vehicle inspection checkpoints targeting semi-trucks beginning immediately. The Governor added that the Texas Military Department will be deploying more razor wire along the Rio Grande, adding more miles of fencing and barriers on state and local property, and deploying additional boat teams.

"President Biden needs to focus on addressing the humanitarian crisis his reckless leadership has created at the border, instead of attacking the jobs of hardworking Texans and oil production in the Permian Basin," said Governor Abbott. "The Lone Star State will not sit idly by as the federal government chooses to ignore the historic number of illegal crossings, human smuggling, and drug trafficking of deadly fentanyl from Mexico into the United States. Our government has no greater responsibility than to provide public safety to its citizens. Until President Biden decides to uphold immigration laws passed by Congress, the State of Texas will continue utilizing every tool available to secure the border and keep Texans – and Americans – safe." 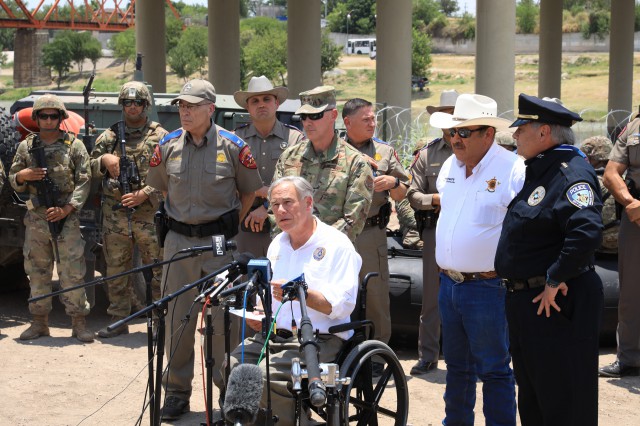