During the discussion, Governor Abbott thanked local law enforcement for keeping Texans safe and offered his support in their efforts to mitigate the impact of the border crisis in their communities. Sheriffs thanked the state for being proactive and for coming up with innovative ideas to address this ongoing crisis in the federal government's absence.

"The Biden administration's border crisis doesn't just affect Texans living along the border; it's being felt by communities throughout Texas," said Governor Abbott. "With an uptick in deadly drugs like fentanyl, dangerous gang activity, and human trafficking across our state, the State of Texas continues to work closely with local law enforcement to solve these challenges. Texas' unprecedented response to secure the border and combat the crisis would not be possible without local law enforcement partners here in West Texas and across the state, and we continue to ensure they have the resources needed to keep Texans safe." 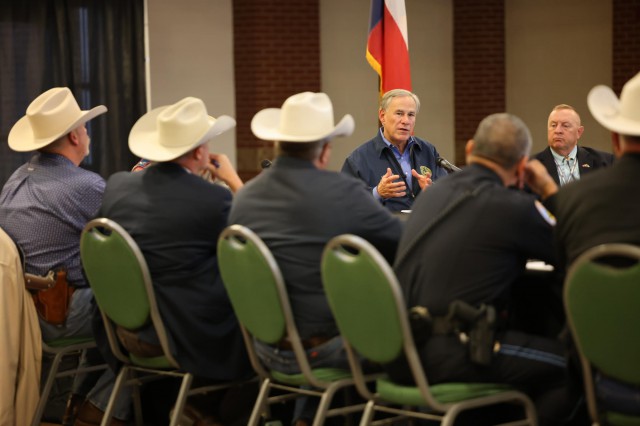