Governor Greg Abbott today delivered remarks at Texas Instruments' (TI) potential $30 billion investment groundbreaking ceremony in Sherman. Last year, Governor Abbott announced that TI selected Sherman as the location for their next 300-mm fabs, with potential of up to four fabs on the site to meet demand over time. During the groundbreaking ceremony, Governor Abbott thanked local officials for their hard work to bring TI to Sherman and noted the significance of TI's investment in Texas. Governor Abbott also presented TI with a proclamation and Texas state flag commemorating the new facility.

"In the midst of a worldwide chip shortage, TI's historic, long-term investment in Sherman will expand Texas' global economic influence and benefit Americans across the country by strengthening our domestic semiconductor supply chain," said Governor Abbott. "This new plant will be a boon to the hardworking people of North Texas, and I thank TI for their continued investment in the Lone Star State as we develop our growing advanced technology industry and keep our state a national leader in semiconductor manufacturing."

"Today is an important milestone as we lay the groundwork for the future growth of semiconductors in electronics to support our customers’ demand for decades to come," said Rich Templeton, TI Chairman, President, and CEO. "Since our founding more than 90 years ago, we’ve operated with a passion to create a better world by making electronics more affordable through semiconductors. TI is excited to bring advanced 300-mm semiconductor manufacturing to Sherman."

TI was founded in Dallas in 1930 and has additional locations in Richardson and Sugar Land. Ranked number 210 on the list of Fortune 500 companies, TI is one of the largest employers in the state and the only semiconductor company headquartered in Texas. 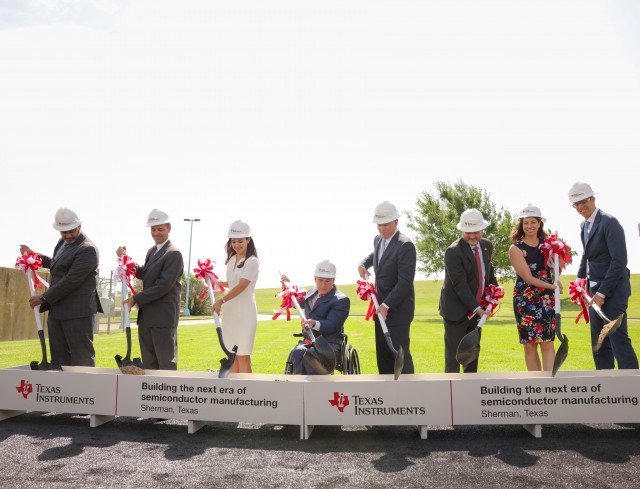