During the keynote address, Governor Abbott welcomed the 36th Infantry Division home from their deployment to Kuwait as part of Operation Spartan Shield. The Governor also thanked Texas National Guard members and their families for their service to the State of Texas and for answering the call to keep Texans safe.

"The State of Texas is grateful for the sacrifices of Texas National Guard Members and their families," said Governor Abbott. "The torch of freedom burns brighter and stronger because of the expansive role that the Texas National Guard plays in defending freedom overseas and keeping Texans safe at home, and I know that spirit will continue with the 36th Infantry Division under the leadership under the leadership of Major General Aris and Command Sergeant Major Petty." 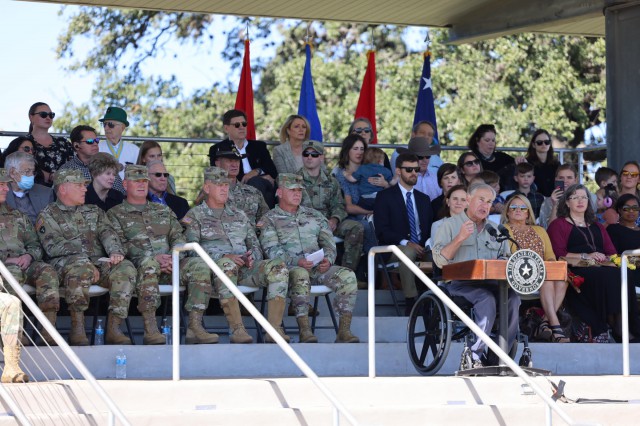