Governor Greg Abbott last night delivered the keynote address at the General H.M. Smith Dinner at the Marine Military Academy in Harlingen. The Governor was also presented with the Iwo Jima Leadership Award, which is given to individuals who have consistently displayed the values of the U.S. Marine Corps: honor, courage, and commitment.

"Thank you to the Marine Military Academy for everything you do to shape the character of the young men who will ensure that America remains the land of freedom, liberty, and unmatched opportunity," said Governor Abbott. "Time and time again, our country has faced unprecedented challenges⁠—but our biggest challenge lies in the hearts and souls of every American. When future generations face adversity, they must summon the substance that has made America the greatest country in the history of the world⁠—and the Marine Military Academy is molding those future generations to face that adversity with honor, courage, and commitment."

The Marine Military Academy is a college-preparatory boarding school for young men in grades 7-12 with an optional postgraduate year. Since 1965, the academy is the only private school in the world based on the traditions and values of the U.S. Marine Corps. Located in Harlingen, Texas, the academy has been home to thousands of young men from across the world and is home to the historic Iwo Jima Monument. 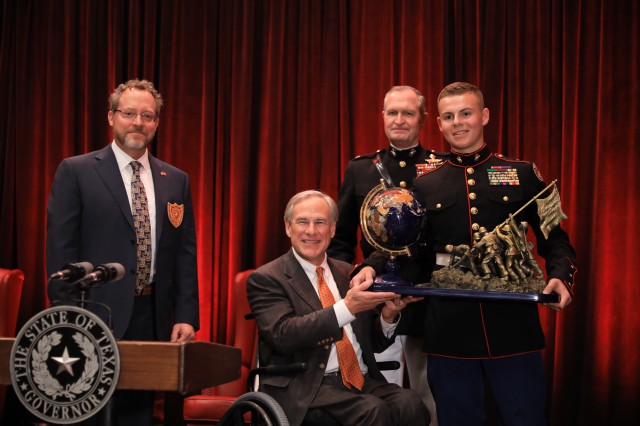