Governor Greg Abbott today celebrated the FIFA World Cup Trophy Tour at a welcome event in Addison as part of a worldwide tour sponsored by Coca-Cola that gives fans a chance to view the prized trophy. The Governor delivered remarks at the welcome event recognizing the importance of the World Cup Trophy in the Dallas-Fort Worth metroplex, as well as the 2026 World Cup that will be hosted in Texas.

"It is an honor to have the FIFA World Cup Trophy here in Texas, especially because in 2026 Dallas and Houston will host the FIFA World Cup," said Governor Abbott. "The Lone Star State is a premier sports destination with passionate sports fans. As the hosts of Super Bowls, conventions, and other large events, Dallas and Houston are experienced in the logistics of world-class events. We look forward to welcoming FIFA, its sponsors, and its fans here in Texas in 2026." 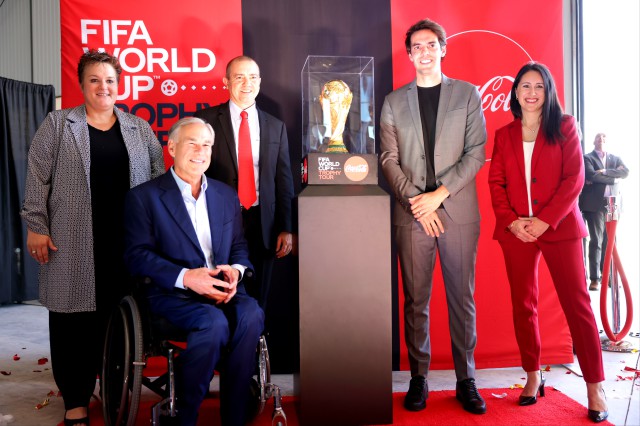