Governor Greg Abbott today celebrated the grand opening of East Penn Manufacturing Company's new battery finishing and distribution center during a ribbon cutting ceremony for the facility in Temple. Following a tour of the new center with state and local leaders, the Governor remarked on the company’s economic impact for the community and presented East Penn Manufacturing with a proclamation recognizing the grand opening of the new facility.

"As one of the world's largest battery manufacturers, East Penn Manufacturing's expansion in Temple is great news for Texas' skilled workforce," said Governor Abbott. "East Penn Manufacturing's strong family-oriented culture and dedication to the communities they serve complement the 'Made in Texas' brand. As the global demand for batteries continues to grow, this new facility will further stimulate Texas' booming economy and usher in greater opportunities to the people of Central Texas. Texas is proud to have East Penn Manufacturing in our state, and I thank the Temple Economic Development Corporation and all community leaders involved for their hard work in bringing this major investment to Central Texas." 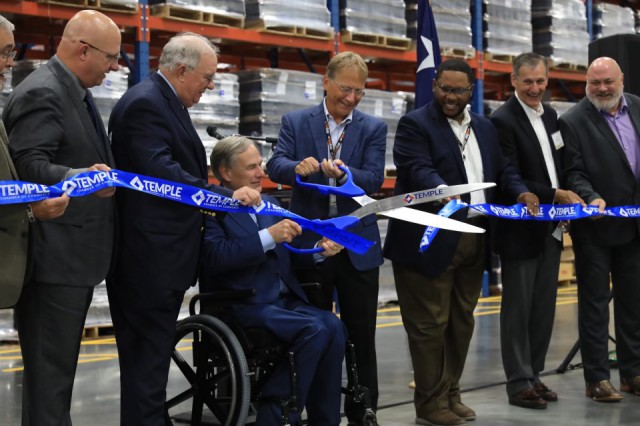