“Boeing is a crown jewel of American business, and I’m honored that Texas is a key part of their company,” said Governor Abbott. “For nearly 25 years, San Antonio has been home to an aircraft maintenance and modernization hub, where work on the C-17, F-15, and F/A-18 takes place. Port San Antonio now houses 80 employers and 16,000 workers and has a $6 billion impact on the local economy. Boeing Center at Tech Port will introduce young Texans to the advanced technologies that will drive the workforce of tomorrow.”

The multiyear, multimillion-dollar partnership builds off Boeing’s over two decades of aircraft maintenance and modernization operations at the Port and furthers a commitment to STEM disciplines and the development of advanced technologies, such as aerospace, cybersecurity, robotics, space science, and other applied technologies. 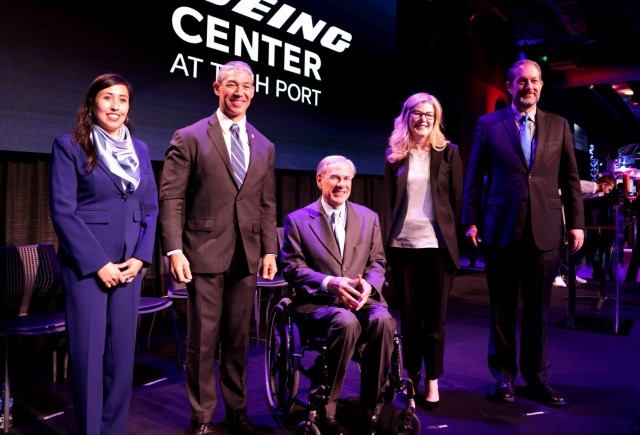