Governor Greg Abbott today issued an executive order authorizing and empowering the Texas National Guard and the Texas Department of Public Safety to apprehend illegal immigrants who illegally cross the border between ports of entry and return them to the border. The Biden Administration's decision to end Title 42 expulsions and the Remain-in-Mexico policy has led to historic levels of illegal crossings, with 5,000 migrants being apprehended over the July 4th weekend, creating a border crisis that has overrun communities along the border and across Texas.

"While President Biden refuses to do his job and enforce the immigration laws enacted by Congress, the State of Texas is once again stepping up and taking unprecedented action to protect Americans and secure our southern border," said Governor Abbott. "The cartels have become emboldened and enriched by President Biden's open border policies, smuggling in record numbers of people, weapons, and deadly drugs like fentanyl."

As noted in the executive order, the Biden Administration "has abandoned the covenant, in Article IV, § 4 of the U.S. Constitution, that '[t]he United States . . . shall protect each [State in this Union] against Invasion,' and thus has forced the State of Texas to build a border wall, deploy state military forces, and enter into agreements as described in Article I, § 10 of the U.S. Constitution to secure the State of Texas and repel the illegal immigration that funds the cartels."

"I have authorized the Texas National Guard and Texas Department of Public Safety to begin returning illegal immigrants to the border to stop this criminal enterprise endangering our communities," continued Governor Abbott. "As the challenges on the border continue to increase, Texas will continue to take action to address those challenges caused by the Biden Administration." 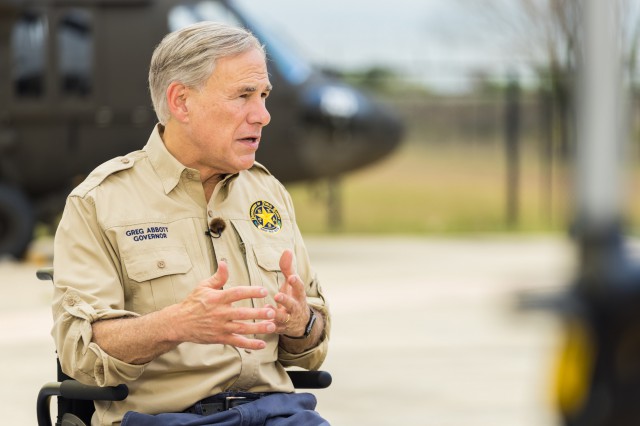