Governor Greg Abbott today announced the Governor's Commission to Rebuild Texas, which will be led by Texas A&M University System Chancellor John Sharp. The Commission will oversee the response and relief effort between the state and local governments to ensure victims of the storm get everything they need as quickly as possible. The Commission will also be involved in the rebuilding process, focusing on restoring roads, bridges, schools and government buildings in impacted communities.

"Although the storm is over, the recovery process is just beginning, and it will require a Texas sized response," said Governor Abbott. "This new commission, led by Chancellor Sharp, will ensure victims get everything they need, and seamlessly provide resources to these devastated communities. Texas will not rest until this process is complete, and I thank Chancellor Sharp for his leadership on this commission."

In addition to today's announcement, Chancellor Sharp will join the Governor in traveling to regions impacted by Harvey to meet with local officials regarding the needs of their communities. During their meetings, Governor Abbott and Chancellor Sharp will also receive on-site briefings on the current response efforts in these areas and the ongoing recovery process.

State agencies in Texas will also play a major role in coordinating and collaborating with the Governor's Commission. The heads of following agencies will be traveling with Governor Abbott and Chancellor Sharp in their visits to local communities: 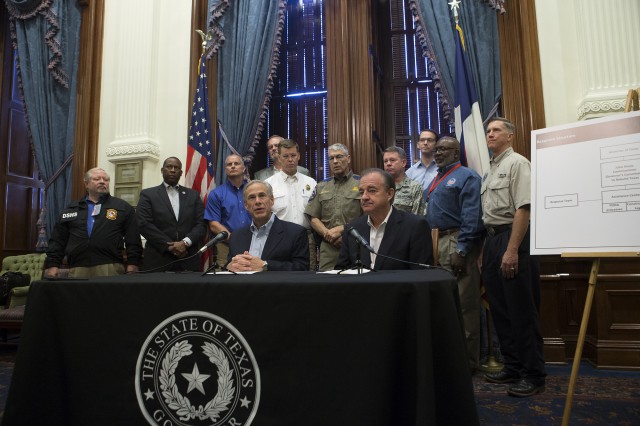