The JBSOC is activated to its highest alert level as the Biden Administration has estimated that the end of Title 42 expulsions will lead to up to 18,000 illegal crossings per day from Mexico into the United States.

"Texas will not stand by as President Biden puts our state and our nation in danger by ending Title 42 expulsions and allowing dangerous criminals, illegal weapons, and deadly drugs like fentanyl to flow unabated into the United States, and exacerbating the humanitarian crisis at our southern border," said Governor Abbott. "We continue taking unprecedented action to secure the border, ramping up every available strategy and resource in response to President Biden's ongoing border crisis. The Joint Border Security Operations Center will play an integral role in our state's robust response to provide the border security strategy Texans — and Americans — deserve."

The JBSOC, located at DPS headquarters in Austin, will serve as the state's multi-agency command and coordination center for statewide border security intelligence and operations to include tactical, marine, air, and ground. It will also coordinate the deployment of strategic barriers along the Texas-Mexico border, including razor wire.

Live feeds from Texas National Guard and DPS aircraft, UAVs, and detection cameras will provide around-the-clock situational awareness. The JBSOC will have direct contact with law enforcement and local leaders along the Texas-Mexico border.

Pursuant to the disaster declaration issued last year and his authority to respond to disasters under state law, Governor Abbott directed the following state agencies to report to the JBSOC: 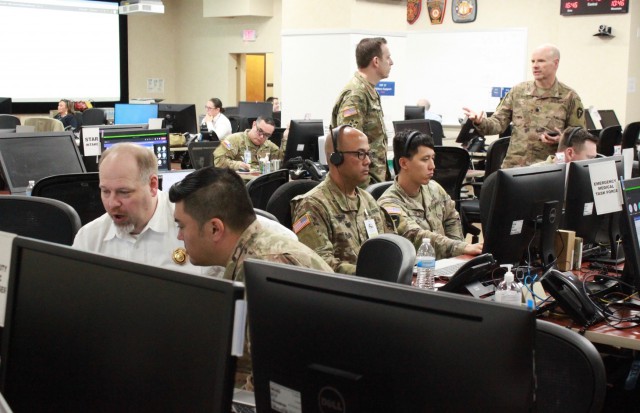